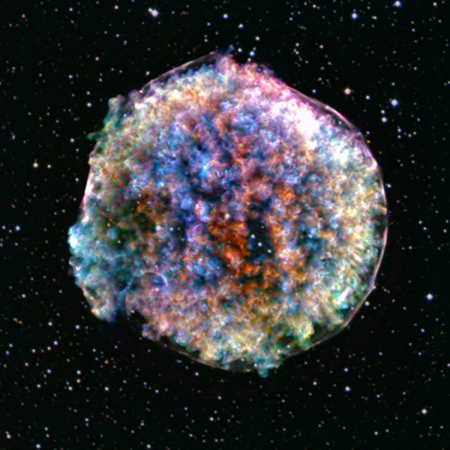 Cool image time! The Chandra science team has released a beautiful X-ray image of the remnant from the 1572 supernova first discovered by astronomer Tycho Brahe.

Chandra reveals an intriguing pattern of bright clumps and fainter areas in Tycho. What caused this thicket of knots in the aftermath of this explosion? Did the explosion itself cause this clumpiness?

The image to the right, reduced to post here, is a composite of both X-ray (the remnant) and optical light (the background stars).