The landing site of NASA’s next Mars lander
January 28, 2018 at 6:55 pm Robert Zimmerman Points of Information

InSight, NASA’s next Mars lander scheduled to launch later this year (two years late), is aiming for a landing site in a region called Elysium Planitia, a flat plain north of the equator.

InSight’s scientific success and safe landing depends on landing in a relatively flat area, with an elevation low enough to have sufficient atmosphere above the site for a safe landing. It also depends on landing in an area where rocks are few in number. Elysium Planitia has just the right surface for the instruments to be able to probe the deep interior, and its proximity to the equator ensures that the solar-powered lander is exposed to plenty of sunlight.

The target area is centered at 4.5 N latitude and 135.9 East longitude. If you zoom in on that latitude and longitude at the archive of Mars Reconnaissance Orbiter (MRO) high resolution images, you get the red blob on the right, which shows how many images they have taken of this area in preparation for InSight’s mission. The X indicates the location of lat/long above.

Below the fold is a reduced version of the MRO image for the center of this target area. The black spots near the center are thought to be a recent crater impact site. In general, this image shows an area with more features than the region around it. Most of the landing area of Elysium Planitia is a featureless flat plain with scattered small craters. Since InSight is not a rover, where it lands will be where it does its research, so there was no reason to pick a site with lots of interesting surface features. Moreover, since InSight is focused not on studying the surface but the interior geology of Mars, it matters little what the surface looks like anyway. One instrument will be a seismograph, while another will insert a thermometer about sixteen feet into the ground to measure the interior temperature. 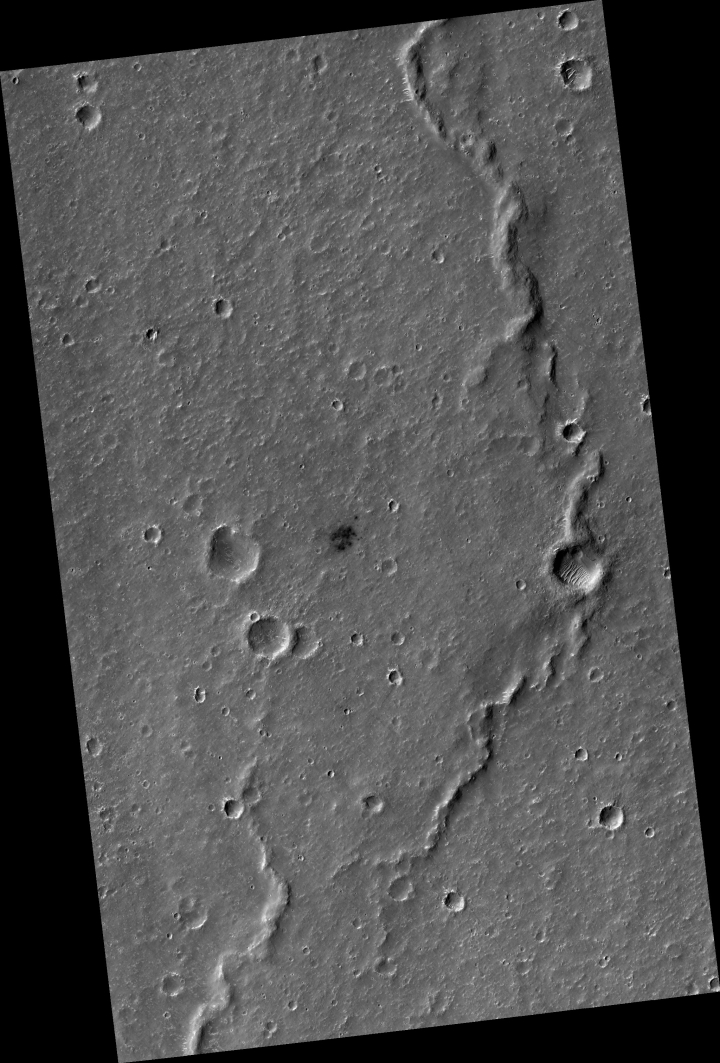