The Lunar Orbiter image of Copernicus Crater, taken forty-six years ago, has been re-released after significant refurbishing..
May 24, 2012 at 12:53 pm Robert Zimmerman Points of Information 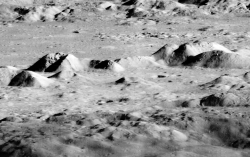