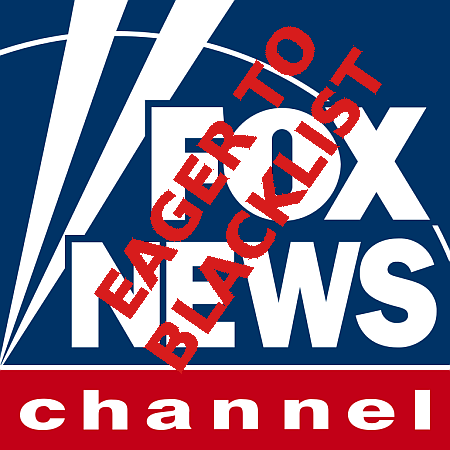 They’re coming for you next: Her story is not unique in this age of blacklisting and oppression, but it does reveal how bad really things are because the source of the blacklisting happens to be a news outlet that many naively consider against such things. Breanna Morello had moved from Florida to take a new job with Fox News, with the expectation that it would not only get her on-air reporting time but might lead to becoming “a producer for Tucker Carlson.”

After packing up my beautiful Florida apartment in late December, I was relocating back to New York City for work. My remote role as a Fox Business booking producer was going to become an in-person position starting on January 3, 2022.

The day I moved into my new apartment, I was completely caught off guard by an email that was forwarded to me by my Executive Producer. In the email, I was informed that I had to receive my first dose of the experimental Covid vaccine within a matter of days. The email threatened to put me on unpaid leave if I did not meet the deadline. The email citied the illegal NYC private sector mandate for their reasoning. This email was never directly sent to me by Human Resources. The email also offered $500 to every vaccinated employee who turned in their vaccination details by a certain deadline. I only received the email once my [executive producer] forwarded a copy to me—the day I moved back to NYC/NJ.

Why would Fox Corp’s Human Resources department withhold this information after hounding me for my vaccination status? The only logical explanation I was able to formulate is they intentionally withheld this information from me thinking I would comply after I relocated. These are my beliefs.

I was now forced to face the reality that if I did not get the experimental vaccine, I would be placed on unpaid leave. My stomach turned. I had just spent thousands of dollars on relocating. I broke my Florida lease, paid for movers, rented cars, paid for hotels, paid nearly $4,000 for my new apartment, and more.

In the end, Morello refused to comply, and lost the job. Her reasons were simple but obvious: 1) The COVID shots have been shown to be a questionable proposition not worth the risk; 2) She considered it inappropriate to allow a unqualified corporation to dictate her medical treatment; 3) It made no sense based on Fox’s actual news reporting, which had repeatedly demonstrated with facts that getting the jab was irrelevant and Morello was not a health threat to others if she didn’t get it. As she said in her resignation letter:

Based on our own reporting, we all know I’m not a threat to anyone’s health in the office. We should believe in the work we produce. We shouldn’t be spewing stories we don’t actually believe in.

None of these facts made any difference. The mindless juggernaut of compliance demanded everyone get jabbed, and nothing was going to prick that bubble of brain-dead certainty.

What does this tell us about the reporting at Fox News? It tells me that it is only a matter of time before that corporation begins bowing to the left, in all things. It might not have done so yet, but that submission is only a matter of time. Conservative Fox reporters like Tucker Carlson and Jesse Watters should take note. Their own blacklisting is coming.

Morello has attempted to move on, though clearly her financial and career situation is nowhere near as good. She is now working for independent journalist Emerald Robinson, who herself had been blacklisted by her employer Newsmax as well as Twitter for — as a reporter — daring to question the accepted wisdoms of the COVID police. She has also started her own independent newsletter.

Neither puts Morello in the spotlight as a job on air at Fox would have. Yet, as she says proudly, she refused to “bend the knee.” She also adds:

The only thing that will save our country is people who are not on editorial calls every morning and being told how to spin the news cycle. If we want to save this nation, we have to rely on independent journalists.

To this I say “Hear! Hear!” In all levels of society, not just journalism, people have to start acting independently and with courage, refusing to obey the dictates of bosses and petty tyrants. Only then can we wrest power away from these thugs, so that we all can live free again, as intended by America’s founding documents.