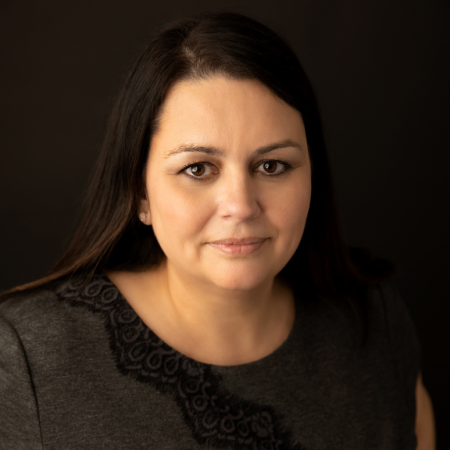 When parent Alexandra Schweitzer began challenging publicly the use of inappropriate sexual materials in the elementary schools in Oconomowoc Area School District (OASD) in Wisconsin, the school board made what appeared to be some minor superficial changes in its policy without really addressing her concerns.

Above all, school district officials would not confirm unequivocally that these materials — many of which advocated the queer agenda on gender — had been removed. Unsatisfied with this response, Schweitzer expanded her campaign.

After enrolling her children elsewhere, Alexandra continued to be an advocate and resource for local parents regarding their concerns. As President of No Left Turn in Education [NLTE]– Wisconsin, Schweitzer voiced her concerns, and those of district parents, in public forums and in testimony before the Wisconsin legislature.

Apparently, the school district did not like what she said in those public forums or in that testimony. It proceeded to hire an outside lawyer — using school funds — to send Schweitzer a cease-and-desist letter [pdf], threatening further legal action against her if she did not retract her statements and then shut up.

Our client demands that you immediately correct the aforementioned inaccuracies by issuing an
email to all those to whom you emailed this information, indicating the information is false. Proof that this has occurred must be sent to the undersigned legal counsel. Additionally, our client demands you immediately cease and desist from making further false and defamatory statements about the Oconomowoc Area School District, administrators, staff and/or members of its Board of Education.

Did Schweitzer bow to these demands? Hell no. Instead, she contacted the Wisconsin Institute for Law and Liberty (WILL), which immediately sent the school district a letter of response [pdf], noting that nothing Schweitzer had said was inaccurate, and everything she said was within her first amendment rights. “She will not be revoking them.” Furthermore, WILL added this in its conclusion:

Additionally, the decision by the District to use outside counsel to threaten parents after they speak out is concerning and must end. Our requests on behalf of Ms. Schweitzer are twofold. First, we request that the District revoke its cease and desist letter. Second, we request confirmation from the District that it will stop spending taxpayer dollars to fund bullying tactics via legal counsel. The District should instead focus on educating its students with age-appropriate material.

Don’t expect the officials of this school district to comply. It is clear from both letters that these officials, especially the school board president, James Wood, consider the parents barbarians who have no right to question or challenge anything these officials do.

The problem facing these school officials is that Schweitzer and the parents she represents have no intention of complying either. The children in these schools do not belong to the government, no matter what the school board and its teachers think. Moreover, it is not only inappropriate for the schools to be discussing such sexual matters with the children under its care, it is probably illegal and could be considered a form of child abuse. Consider this excerpt from a letter Schweitzer sent to parents in May ’22:

“We discovered that one of the books, the Gender Quest Workbook, coaches kids that gender is “a whole spectrum of possibilities” and encourages them to question their gender identity. I was mortified to find out that, a year earlier, my then-5th grade daughter was also exposed to another book called It’s Perfectly Normal, which targets kids as young as ten. It describes sex acts, even providing graphic illustrations that clearly violate the will of the parents and blur the legal lines put in place to protect children. The presence of such books in school is unacceptable. [Emphasis in original]

Since when did it become the job of teachers to talk about sex and gender with little kids? What happened to simply teaching reading, writing, and arithmetic?

The more the schools try to sneak this type of improper material into the classrooms, the louder and louder the parents will become. It is always dangerous to threaten the cubs of a grizzly bear.