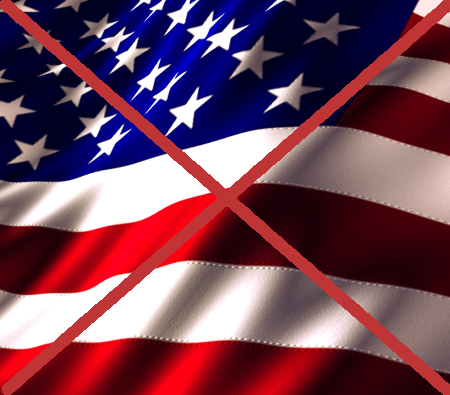 It is clear that because he and the NAACP specifically focused on the one loop where the American flag hung tells us what really offended them. They really wanted the American flag removed. And I am sure if they had their way it would be banned forever.

Moreover, the absurdity and obsessiveness of Davis and the NAACP over loops in cables is almost pathological. Are we to ban all loops at all construction sites? Shall firemen be forbidden to tie such loops in ropes in their effort to rescue people? Can no loops ever again be used in any context?

The insanity of this is beyond belief.

Even more insane was the instantaneous obsequiousness of the university’s administration when they got this ludicrous complaint.

“Early this evening, we received a complaint about a possible noose found hanging from a construction site on the CCSU campus. Campus Police … investigated and found that it was not a noose but a standard steel cable loop hanging from a crane,” wrote President Zulma Toro in an email to the campus community on Saturday night.

“A construction crew working on campus hung an American flag from the crane’s cable to recognize Memorial Day,” added Toro in her email, a copy of which was obtained by The College Fix.

…“Quite frankly, I think it is reckless and tone deaf behavior,” Toro said in her email to the campus. “We have been in contact with the construction company and demanded that the cable be lowered tonight. We have a team on site tonight monitoring the situation.”

What Toro should have done was to laugh and tell the NAACP to go get a life. Instead she wasted everyone’s time trying to find someone to remove the cable, which of course is impossible because to do its work the crane cable must have loops.

That any effort was also made to remove the American flag, on Memorial Day weekend no less, was utterly obscene. Of all flags ever flown, this flag symbolizes more than any other freedom and the end to slavery and racial discrimination. The U.S. fought a war to end slavery, twice sent its young men to Europe to free them from tyranny, and waged a half-century-long Cold War against the tyranny of the Soviet Union. To express hatred of that flag indicates a remarkable ignorance of history and the noble effort of Americans to bring freedom to millions.

But don’t worry. This ignorance and madness is far from over. Too many Americans now jump in fear when these bigoted and uneducated race hustlers scream orders at them. Expect far worse examples of this bullying and banning as these petty dictators feel their muscles and make increasingly horrible and idiotic demands.

Finally, are you or your children attending Central Connecticut State University? If so, you might reconsider this school as a place to learn anything. Its administration is clearly ignorant of history as well as quite willing to bow to the most absurd demands from race hustlers.

Connecticut voters might also want to contact their state legislature. This university is publicly funded, and appears to not necessarily be a wise investment for those tax dollars.