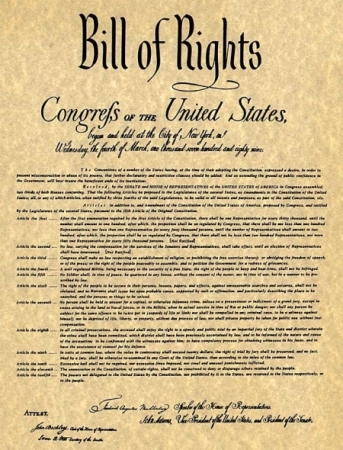 Not yet cancelled, at least in Iowa.

Today’s story about blacklisting might actually be revealing a hopeful sign, albeit only one which is still not resolved entirely in favor of freedom.

In October, David Johnsen, the dean for the college of dentistry at the University of Iowa, sent a mass email to the college criticizing an executive order issued by then-President Donald Trump. The email condemned the barring of certain types of diversity training that aim to promote “anti-American race and sex stereotyping.”

A conservative student, Michael Brase, “replied all” to the email, asking clarifying questions and sparking discussion on the email chain of about 1,200 students, faculty, and staff. Between two email threads, 18 emails were exchanged over the topic. According to the Daily Iowan, in one of his follow-up emails on the thread, Brase says “simply do the trainings without intentionally race/sex scapegoating people in those trainings. That shouldn’t be that hard.”

According to The Gazette, administrators at the university then summoned Brase to a disciplinary hearing for “unprofessional behavior.” The letter used to summon Brase included warnings of “dismissal” based on his actions.

This is very typical of our modern fascist and bankrupt academia. While partisan Democrats and leftists always have the right to say anything they want, and use all resources — some that are entirely inappropriate — to spread their message, partisan Republicans and even non-partisan neutrals have no right to question this behavior, and if they do must be punished immediately.

In this case however Iowa elected officials actually appear to be doing their job. After getting his disciplinary summons, Brase immediately contacted his local legislator, complaining that this behavior by administrators in a publicly financed institution seemed unjust and wrong. And unlike most modern legislators, who routinely run for the hills when such issues are brought before them out of fear of being called racist, these legislators heartily agreed with Brase.

“I would like to start by apologizing,” said Johnsen, according to the Waterloo Courier. “Michael’s comments in front of the committee on Wednesday laid bare his concerns and fear that he felt regarding his educational future at our college, and, for that, I’m sorry.” Johnsen vowed that he would never again use his voice “in an official capacity” to push personal political opinions. He also promised to review the committee and process that punishes students for violations of professionalism.

“Since October, we’ve been reviewing what happened, how the process worked and didn’t work, and we’re working to implement steps that will prevent this from happening again” said Johnsen.

Sounds good, eh? Well, whenever in the past leftists have make such apologies, it has routinely been only to deflect criticism and cool things down so that when the heat is finally off they can then resume their fascist behavior, oppressing some other innocent for daring to disagree with them.

And in this case it appears that Iowa elected officials are anticipating that game and are not accepting the apology at face value.

Republican lawmakers, however, were not pleased with the explanation and apology.

“This isn’t a second chance,” Iowa Rep. Bobby Kaufmann said. “This is a repeated, decade-long and possibly and probably longer feeling of hundreds of students, if not thousands, that there are two different sets of rules. So as much as I greatly appreciate, dean, your efforts and look forward to seeing them implemented, I expect the entire university, all of you, to come up with a systemic policy.”

One Democratic lawmaker even said she agrees that the University of Iowa made a mistake.

We shall see. If it were up to me I would have Johnsen fired, along with every one of the administrators who worked with him to try to blackball Brase. How can anyone trust any policy they implement? They goal remains to get segregation reinstated, only this time with minorities in charge and whites oppressed.

The legislature should have them replaced by others who really understand freedom of speech, and who also know the appropriate venues for expressing it. More important, they should be replaced by individuals who do not advocate the racist policies advocated by Critical Race Theory, the “diversity training” that Trump banned from all government agencies.

Finally, big kudos to Michael Brase. Not only did he not back down, he fought back aggressively. The result was a victory for his freedom of speech and a blow against the new racism in academia.