Under the weather
February 13, 2013 at 11:57 am Robert Zimmerman Points of Information

Among cavers there is a saying: “The most dangerous part of any cave trip is the drive to and from the cave.” Well, that might just apply to trips to Israel. On my last flight home on Thursday there was a woman sitting behind me wearing a face mask, the kind used to protect the wearer from other people’s germs. In her case, however, it was to protect everyone else. During the whole flight to Phoenix she coughed continually.

On Friday night my throat felt scratchy. By Sunday it was clear that I had caught a bad cold. Today is day five, which is usually the worst. I had intended to write up my last report about my trip to Israel but I just don’t have the energy. The best I can do today is post some news items, do some easy reading for another Astronomy article I’m writing, and tape an appearance tonight on the John Batchelor Show. The longer essay will have to wait until tomorrow.

Update: Just for your added pleasure, the image below the fold shows the view of Bethlehem from the main highway south out of Jerusalem. The tunnel and high security fence were installed after the most recent intifada. Before then you had to drive through town, which was slow, but also dangerous as Bethlehem is controlled by the Palestinian Authority. During the intifada the danger became acute as commuters would have rocks thrown at them, and some were even shot at. The security fence, condemned by all the world, was an attempt to protect commuters from this threat. 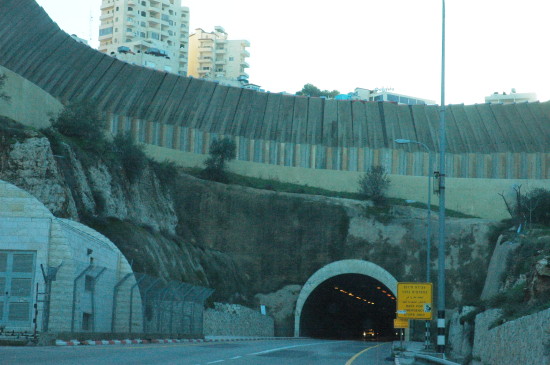