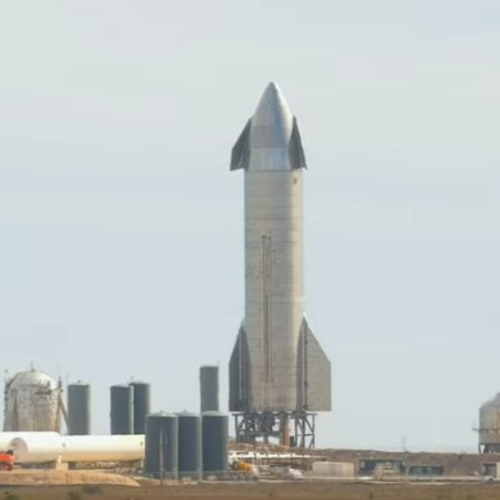 It appears that SpaceX is going to attempt the first test flight of its tenth Starship prototype today. The roads are closed and the pad has been cleared. Below is a list of some of the independent live streams. I will also embed below the fold SpaceX’s live stream when they finally activate it shortly before launch. That live stream will provide the best video coverage.

In the comments are links to more live streams, if you want to try them out.

What I am doing is using keeping one of the live streams above active to get updates. I will then switch to SpaceX’s live feed when it goes live.