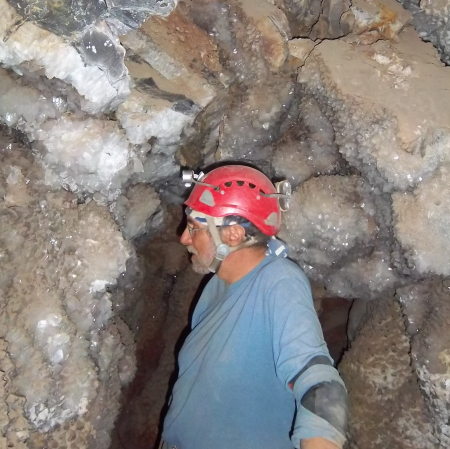 Several readers have asked in the comments for a report on what I did this past weekend.

I went caving. The photo to the right, taken on a previous trip several years ago, will give you an idea. The cave is amazingly beautiful. The trip was to designed to give a bunch of people a chance to see it.

I won’t say much more than this, mostly because it is unwise to reveal too much about the caves one visits because this then attracts people to them who are often either inexperienced (and thus a risk to themselves) or untrustworthy in terms of protecting the cave’s beauty. I am totally willing and open to bring anyone who wants to go to the caves I visit, but a newbie should go the first time with someone experienced, for the reasons already outlined.