Why Martian mountains are different than on Earth
November 4, 2020 3:08 pm Robert Zimmerman 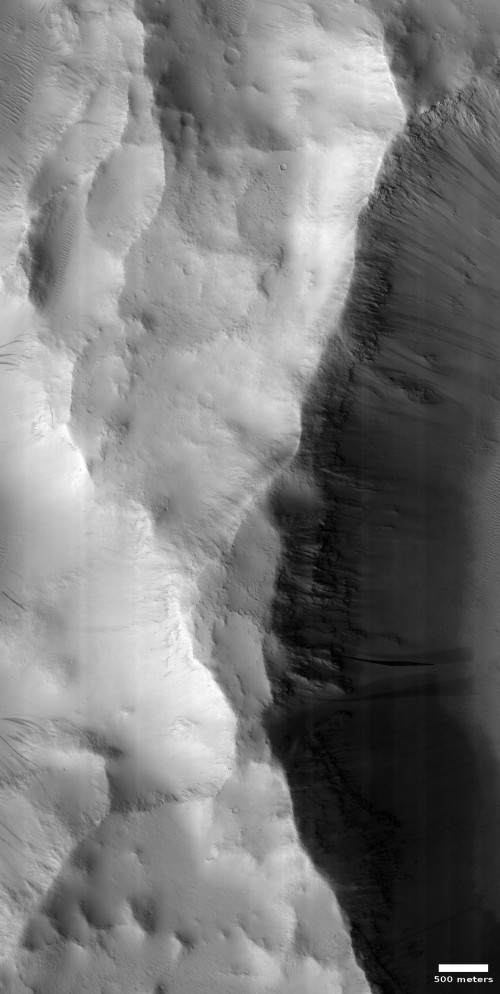 Cool image time! The photo to the right, rotated, cropped, and reduced to post here, was taken on August 12, 2020 by the high resolution camera on Mars Reconnaissance Orbiter (MRO). It shows what to any Earthling’s eye appears to be a somewhat ordinary flat-topped mountain peak with two major flanking ridgelines descending downward to the north and the south, and two minor ridgelines descending to the northwest and southwest.

This peak and its landscape would surely be quite a spectacularly place to visit, should humans ever settle Mars and begin doing sightseeing hikes across its more interesting terrain. I can definitely imagine hiking trails coming up the two minor ridges, with a crest trail traversing the main north-south ridge across the peak.

This is not however a mountain on Earth. It is on Mars, which makes its formation and evolution over time fundamentally different than anything we find on Earth, despite its familiar look.

First, what formed it? Unlike most of Earth’s major mountain chains, the mountains of Mars were not formed by the collision of tectonic plates, squeezing the crust upward. Mars does not have plate tectonics. Most of its mountains formed either from the rise of volcanoes at single hot spots, or from the wearing away of the surrounding terrain to leave behind a peak or mesa. 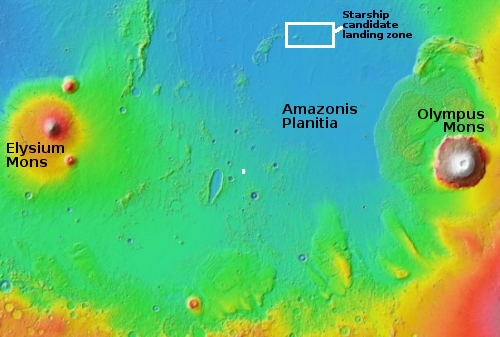 This mountain however was formed from neither of these Martian processes, as the wide overview map to the right illustrates. The peak’s location is indicated by the white rectangle in the center of the image, on the southern border of the vast northern lowland plain dubbed Amazonis Planitia. While giant volcanoes flank it many hundreds of miles away, this peak is in an area with relatively few large mountains. It is also at latitude 17 degrees north, too close to the equator for glacial erosion.

In fact, the peak’s seemingly isolated location makes me think of the Lonely Mountain in J.R.R. Tolkien’s The Hobbit.

What caused it if not volcanism or erosion? The answer becomes obvious if we zoom in to look at an overview map from much closer range. 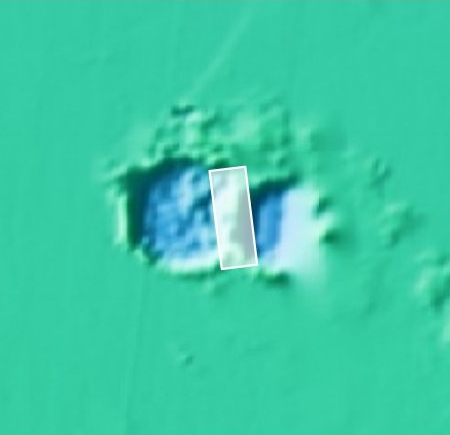 That’s right, this peak forms the high point on the rim of two intersecting impact craters, whose total width is approximately 20 miles across.

Such peaks do not exist on Earth. Almost all of our planet’s craters have long since been erased by both erosion from wind and water and by those tectonic processes that do not exist on Mars. Thus, we have no mountains formed from the instantaneous impacts of two adjacent craters.

And instantaneous it likely was. While it is certainly possible for these two impacts to have occurred separately, at widely spaced times, it is more likely they came from the same large bolide that split as it roared downward through the Martian atmosphere, hitting the ground mere seconds apart. This Martian mountain will thus contain a lot of material ejected from below, with much of it reshaped quickly, from the gigantic heat and pressure created by those impacts.

And yet, that is how fast many mountains on Mars formed. Many thousands of craters still exist on Mars, and their mountainous rims are all like this one, formed instantly in time, despite the size of those peaks. It will a geologist’s dream to explore them.