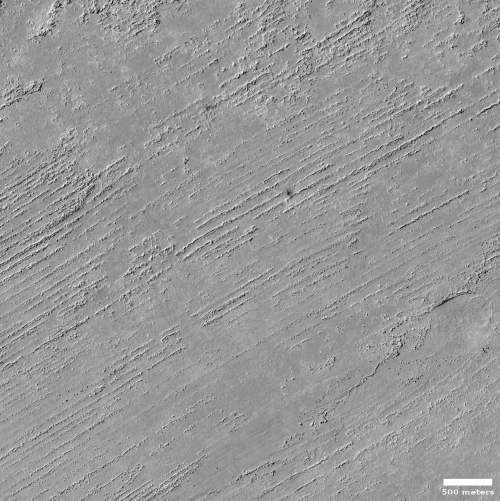 Today’s cool image is in some ways another version of my last cool image yesterday. Both are in Mars’s volcano country. Both show what appears to be a lava flow.

Yesterday’s image showed the leftover evidence of a confined flow of lava running in a meandering pattern like a river, and was somewhat distant from the biggest nearby volcanoes. Today’s cool image, to the right and rotated, cropped, and reduced to post here, is instead located smack dab on the inside of what is thought to be Mars’ youngest major lava event, the Athabasca flood lava plain, and in fact is near its outlet, when about 600 million years ago it belched out enough lava in just a matter of a few weeks to cover an area about the size of Great Britain.

The overview map below illustrates this.