Chinese officials have now admitted that the next launch of China’s biggest but troubled rocket, the Long March 5, will not occur until December 2019 at the earliest.

Moreover, the first launch of Long March 5B, the new version of the rocket developed following the Long March 5 failure on its second launch in 2017, won’t happen until 2020. This is the version they plan to use to launch their space station modules, and these delays probably thus delay start of the in-orbit assembly of their space station by two years, to 2022.

These rocket delays also threaten the launch of China’s Chang’e-5 lunar sample return mission and their first Mars orbiting mission, which has a firm summer 2020 launch window which if missed will delay the mission’s launch for two years.

These reports also for the first time officially explain the engine trouble that caused the Long March failure on its second launch in July 2017.

Addressing the causes of the failure has required a lengthy process of redesign and testing of the YF-77 liquid hydrogen-liquid oxygen propellant engines. Two YF-77 engines power the rocket’s first stage, with an oxidizer turbopump isolated as the fault behind the 2017 launch failure.

The Space News article very strangely headlines the completion of the core module for China’s space station, when the real story here is the continuing delays in getting Long March 5 off the ground. Without that rocket none of China’s big space plans can proceed. Yet the article buries this scoop many paragraphs down. I wonder why.

It appears that there might be more delays in the next launch of China’s largest rocket, the Long March 5, which in turn will cause delays to the Moon, Mars, and space station projects.

The Long March 5 heavy-lift rocket is China’s most powerful launch vehicle and was designed to launch large spacecraft to geosynchronous orbits and planetary bodies. It was being prepared for a third flight in July, Yang Baohua, vice president of the China Aerospace Science and Technology Corporation (CASC), China’s main space contractor and developer of the Long March 5, announced in a Jan. 29 news conference in Beijing.

The mission would come two years after the failure of the second launch. However that schedule appears to have slipped as the launch vehicle has yet to be delivered to the launch site, with knock-on effects possible for China’s major space plans. [emphasis mine]

The Chinese have said nothing to explain the situation.

Without this rocket they cannot launch their next lunar mission, Chang’e-5 sample return mission, their next Mars mission, set for the launch window 2020, and their space station, set for construction beginning in 2021.

The new colonial movement: In a recent paper Chinese scientists revealed their landing plans for the Chang’e-5 lunar sample return mission, presently scheduled for at 2019 launch.

If all goes according to plan, the robotic Chang’e 5 will land in the Rümker region, which lies within a huge basaltic lunar plain called Oceanus Procellarum (Latin for “Ocean of Storms”).

A recent paper lays out the scientific significance of this site, and what Chang’e 5 may be able to find there. “Recent studies find that the geological features and volcanic history of the moon are far more complex than previously thought, and many of the most interesting areas have been neither explored nor sampled,” states the study, which was led by Yuqi Qian of the School of Earth Sciences at the China University of Geosciences in Wuhan. “One such area is the northern Oceanus Procellarum region, which consists of very young (<2 Ga) [less than 2 billion years old] mare materials and hosts one of the largest volcanic complexes on the moon (Mons Rümker)."
For the study, the research team conducted a detailed geological mapping of the Rümker region using imagery, spectral and altimetry data.

Chang’e-5 should not be confused with Chang’e-4, which is set to launch in the fall to land on the Moon’s far side.

The choice of the volcanic region around the Ocean of Storms is significant, as it indicates that, for at least this mission, China is not focused on the possibly more valuable polar regions where water-ice might be present for future lunar bases. Instead, they are giving a priority to science and geology with this probe. They likely also picked this site because it is near the equator and therefore a bit easier to reach on this first daring sample return mission.

It does appear however that China is taking the long view. The landing choice here suggests to me that they plan many more missions to the Moon, and do not see anyone else in a position to compete with them for territory. The U.S., Russia, and Europe appear to be throwing their eggs into the basket of (F)LOP-G, which will merely orbit the Moon and eat up resources preventing these countries from planning and building any landing missions, for decades. India meanwhile might be a competitor, but at the moment it is far behind.

China has chosen the landing site for its Chang’e-5 lander/rover and sample return mission, planned to launch later this year.

Liu Jizhong, director of China Lunar Exploration and Space Engineering Center of China National Space Administration (CNSA), for the first time disclosed the probe landing site, an isolated volcanic formation located in the northwest part of the Moon’s near side.

They also said their focus will be the Moon’s south pole, where there is evidence of the possible presence of water ice.

China has announced that its Chang’e-5 automated Moon surface sampling and return mission will launch in late November 2017. The 8.2-tonne probe will launch on a Long March 5 rocket from the Wenchang Satellite Launch Centre on Hainan island, and attempt the first lunar sample return since the Soviet Union’s Luna 24 mission in 1976.

The mission will be complex, with some of the key technologies and techniques involved will also be applicable for a Chinese Mars sample return mission, planned for around 2030, as well as future crewed journeys to the lunar surface. “The lunar probe is comprised of four parts: an orbiter, a return module, an ascender and a lander,” state media Xinhua quoted Ye Peijian, one of China’s leading aerospace experts, as saying.

Having soft-landed on the Moon and drilled for and collected samples, an ascent module will perform an automated docking with an orbiter in a lunar orbit 380,000 km away from Earth. The orbiter will then head on a trajectory for home, with the return module separating from the orbiter close to Earth and making a high speed atmospheric ‘skip’ reentry.

Without question the Chinese program is ramping up, and it is doing so in a very rational and pragmatic manner. It is also clear that they are carefully developing the technologies necessary to later launch manned missions to the Moon, which could also include sending their first space stations on lunar orbital missions.

China to fly sample return mission to Moon
May 26, 2016 at 10:13 pm Robert Zimmerman Points of Information

The competition heats up: The next Chinese lunar probe will be an unmanned sample return mission

The competition heats up: China’s first attempt to fly a capsule around the Moon and bring it back to Earth ended successfully Saturday with the recovery of that capsule in China.

The link has a nice picture of the apparently intact capsule on the ground soon after landing.

The Earth/Moon double planet, as seen by China’s Chang’e 5 probe
October 31, 2014 at 10:00 am Robert Zimmerman Points of Information 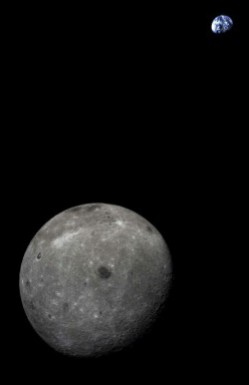 China’s Chang’e 5 probe has taken a spectacular image of the Moon and Earth as it whips around the Moon on its circumlunar test flight.

Though China has released little additional information about the status of the mission, this image demonstrates that the vehicle is functioning well, sending back data, and that they are controlling its operation precisely and exactly as planned. The spacecraft is scheduled to return to Earth on November 1.

China outlines the plans for its next two unmanned lunar probes, with the second targeted as a 2017 sample return mission.
December 16, 2013 at 8:30 am Robert Zimmerman Points of Information

China outlines its plans for its next two unmanned lunar probes, with the second targeted as a 2017 sample return mission.

The new mission planned for 2017 would mark the third and final phase of China’s robotic lunar exploration program and pave the way for possibly landing an astronaut on the moon after 2020.

Update: Yutu did not land anywhere near its planned landing location.

China had originally publicized a location in the Sinus Iridum (Bay of Rainbows) — a level area thoroughly surveyed by a previous Chinese mission — as the landing spot. Local media even stated that Chang’e 3 landed there. But Chinese scientists have since confirmed that the spacecraft landed slightly to the east, in the northern part of Mare Imbrium (Sea of Rains).

It is unclear whether this was a late change or the result of a technical problem.