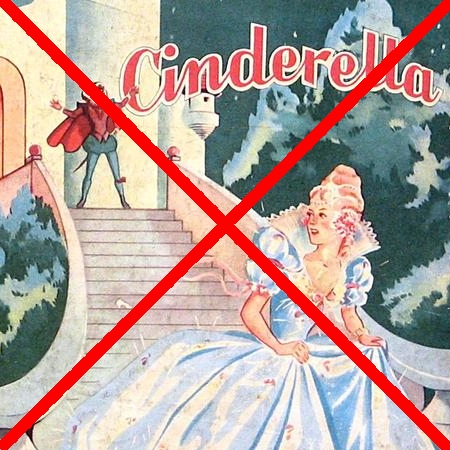 “Recasting” is a mealy mouthed word that really means he would have fired some white actors he had already chosen and replaced them with black actors. And the only reason he would be firing them is because of their skin color, since he had already done his auditions and decided that these people were qualified.
END_OF_DOCUMENT_TOKEN_TO_BE_REPLACED

An evening pause: From the live television premiere of Rodgers & Hammerstein’s Cinderella in 1957, their only musical written for television. Edith Adams plays the fairy godmother.

For the world is full of zanies and fools
Who don’t believe in sensible rules
And won’t believe what sensible people say
And because these daft and dewey-eyed dopes keep building up impossible hopes
Impossible things are happening every day!

An evening pause: , The song “Impossible,” sung by Julie Andrews and Edie Adams, from the live 1957 television production of Rogers & Hammerstein’s Cinderella.

For the world is filled with zanies and fools
Who don’t believe in sensible rules
And won’t believe what sensible people say
And because these daft and dewy-eyed dopes
Keep building up impossible hopes,
Impossible things keep happening every day.