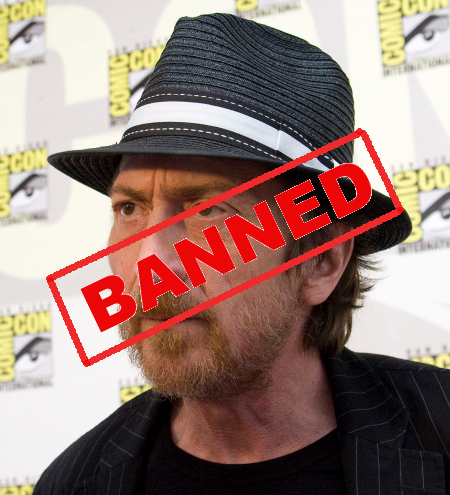 Genocide is coming: Frank Miller, well known comic book artist and the screenwriter of several major Hollywood movies, was banned from a British comic convention recently because fifteen years earlier — only a few years after the destruction of the World Trade Center and during the American effort to defeat the Islamic terrorist organization al-Qaeda — Miller had penned a comic book whose main character fought those terrorists.

And what prompted Miller’s banning by the convention, dubbed the Thought Bubble festival? Apparently, it received a single complaint from one very unknown Islamic cartoonist.

Miller was dropped after Zainab Akhtar, whom The Mix describes as an “award-winning cartoonist and small press publisher ShortBox founder,” said that she would “no longer be attending Thought Bubble festival this November” because Miller was set to be there. Akhtar explained: “As a proud Muslim woman, I cannot in good conscience attend a festival that deems it appropriate to invite and platform Frank Miller, a person who is responsible for the propagation of abhorrent anti-Muslim hate, particularly via his work.”

Akhtar in her complaint never actually cites any specific examples of Miller’s anti-Muslim hate, thus forcing everyone to guess what Miller’s specific crime might be. The only possible example is that earlier work, which very specifically attacked a terrorist group, not all of Islam.

But then, for the oppressive left, which includes radical Islamists like Akhtar, any criticism of their allies or agenda must always be labeled as “racist.”

As usual, what makes this story most appalling is the obsequiousness of the convention management, which immediately bowed to Akhtar’s slanderous complaint, begging forgiveness in the most cowardly way.
END_OF_DOCUMENT_TOKEN_TO_BE_REPLACED

R.I.P. Stan Lee, the central writers for Marvel Comics in the 1960s and co-creator of all its most popular creations, has passed away at 95.

Lee was credited as the writer for almost every single comic book Marvel published throughout most of the 1960s. Teamed with a variety of artists (Jack Kirby and Steve Ditko were the most important), these individuals helped shape much of the culture of that time, while influencing, for good or ill, almost all artistic culture to have since followed.

Holey Moley! That comic book collection sold for $3.5 million at an auction today in New York.

Don’t throw them out! An inherited comic book collection is expected to fetch $2 million at auction tomorrow.

R.I.P: Joe Simon, the co-creator of Captain America with Jack Kirby, has died at 98.