Today’s blacklisted American: HS student sues after being punished for saying there are only two genders
November 16, 2021 11:12 am Robert Zimmerman 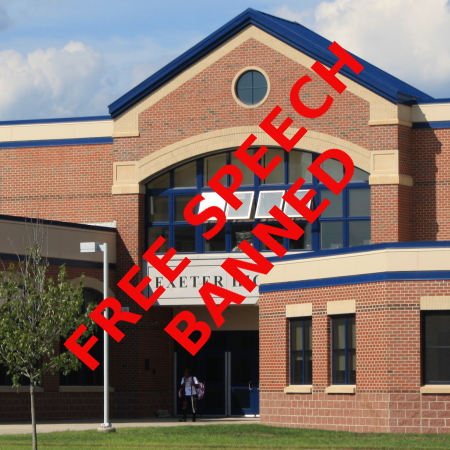 They’re coming for you next: A freshman student from Exeter High School in New Hampshire is suing his school district and assistant principal for suspending him from one football game because he had stated his Catholic belief that there are only two genders in a text message exchange with another student.

The boy’s name is at this point being withheld, with the lawsuit being handled by his attorney, Ian Huyett of Cornerstone Action, a Christian advocacy group focused on New Hampshire issues.

The lawsuit alleges the student received a one-game suspension in September in violation of his constitutional right to free speech and the New Hampshire Bill of Rights because he expressed what the suit called his Catholic belief there are “only two genders,” male and female.
END_OF_DOCUMENT_TOKEN_TO_BE_REPLACED