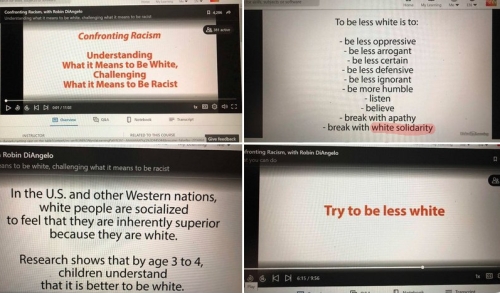 Blacklists are back and American Airlines want ’em! American Airlines has instituted an investigation into the opinions of one of their pilots, Guy Midkiff, because he committed the “crime” of criticizing the introduction of the bigoted and Marxists program called Critical Race Theory (CRT) in his local schools.

The attacks against him by one group that supports CRT have been vicious and slanderous, as documented at this story. The members of this group, the Southlake Anti-Racism coalition (SARC), have repeatedly commented on American Airlines’ Twitter feed, accusing Midkiff of harassing students and women while calling him a racist, all without any evidence. Some examples:
END_OF_DOCUMENT_TOKEN_TO_BE_REPLACED