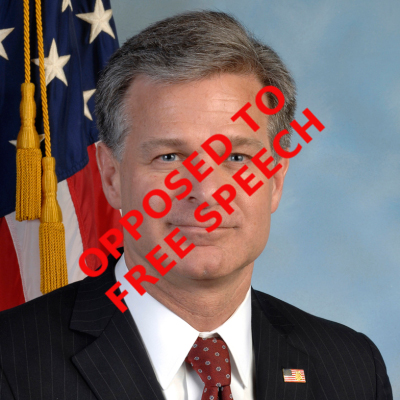 Blacklists are back and the Democrats have got ’em: According to numerous whistleblowers talking to the office of Congressman Jim Jordan (R-Ohio), the FBI has been aggressively blacklisting any employee who happens to express any conservative opinions at all.

Jordan detailed the most recent actions in a June 7th letter [pdf] to Chris Wray, director of the FBI, which was also a follow-up on another such letter sent in May.

We continue to investigate allegations that the Federal Bureau of Investigation is retaliating against FBI employees for engaging in disfavored political speech. On May 6, 2022, we sent you a letter that detailed examples of the FBI suspending the security clearances of FBI employees for their participation in protected First Amendment activity.1 To date, you have failed to acknowledge our letter or begin to arrange for the requested briefing. Since our May 6 letter, we have received new protected whistleblower disclosures that suggest the FBI’s actions are far more pervasive than previously known. Multiple whistleblowers have called it a “purge” of FBI employees holding conservative views. [emphasis mine]

The earlier May 6th letter [pdf] was even more blunt:
END_OF_DOCUMENT_TOKEN_TO_BE_REPLACED