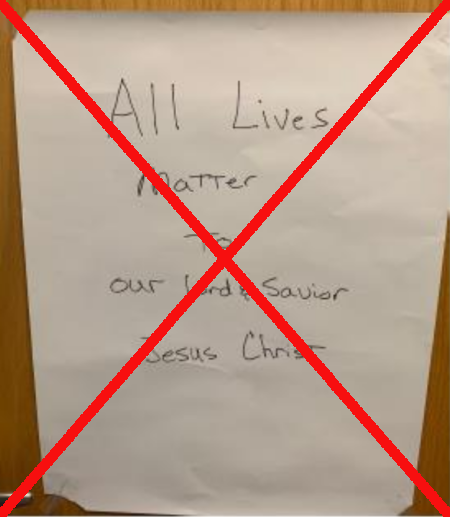 They’re coming for you next: Kurt Beathard, an offensive coordinator coach for the Illinois State University football team, was fired because he replaced an official school poster that had been pinned to his office door that specifically endorsed the Black Lives Matter movement with a hand-written sign that said, “All lives matter to our Lord and Savior Jesus Christ.”

“On 9/1/20, some of the football players boycotted practice,” the lawsuit said. “Spack came to Beathard’s office and informed him that it looked like Lyons [another coach he had gotten in trouble for making fun of Black Lives Matters] was going to keep his job but that Beathard was in trouble over the poster.”

The next day, he lost his job because Spack did not “like the direction of the offense.”

Beathard, who had worked for 25 years as a football coach, has filed a lawsuit [pdf] against both Spack and Lyons in the federal courts, claiming that they fired him “for one reason and one reason only: He did not toe the party line regarding the Black Lives Matter organization.” The lawsuit also notes that his firing violated the school’s own policy, which states:.
END_OF_DOCUMENT_TOKEN_TO_BE_REPLACED