Curiosity and other Mars orbiters threatened by budget cuts
May 1, 2020 at 9:25 am Robert Zimmerman Points of Information

The proposed budget for NASA in the Trump administrations 2021 budget request to Congress includes significant budget cuts to both Curiosity and several Mars orbiters needed to act as relay communications satellites.

The White House’s 2021 federal budget request allocates just $40 million to the mission, a decrease of 20% from the rover’s current funding. And that current funding is 13% less than Curiosity got in the previous year, said Curiosity project scientist Ashwin Vasavada, of NASA’s Jet Propulsion Laboratory (JPL) in Pasadena, California.

If the 2021 request is passed by Congress as-is, Curiosity’s operations would have to be scaled back considerably. Running the mission with just $40 million in 2021 would leave unused about 40% of the science team’s capability and 40% of the rover’s power output, which comes from a radioisotope thermoelectric generator (RTG), Vasavada said.

In addition, the proposed budget will require a 50% reduction in imaging by Mars Reconnaissance Orbiter, the end to the Mars Odyssey orbiter, and a significant but unspecified reduction in the use of the MAVEN orbiter.

I reported these facts back in March but there is no harm in noting them again.

The question is not whether there should be cuts at NASA. Considering the overall federal debt and annual budget deficit, NASA’s budget should be cut. The question is what to cut. The planetary program, probably NASA’s most successful program, is certainly not the program to cut. Instead, the Trump administration should be cutting the waste and badly run programs, like SLS, that spend billions and accomplish nothing.

If Congress and Trump did this, they could cut NASA’s total budget and still have plenty left over for the commercial manned program — including going to the Moon — and also increase the budget to the planetary program. I’ve been saying this since 2011, and nothing has happened in the past decade to change that conclusion. 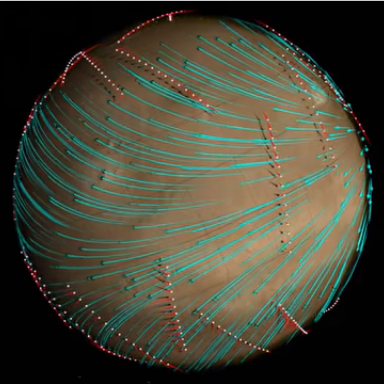 New data from the Mars atmospheric probe MAVEN has confirmed that much of Mars’ atmosphere was stripped away over the past few billion years by the solar wind.

This result confirms data from Curiosity, but adds the detail that the solar wind was a major component in causing the loss of atmosphere.

Hydrogen loss on Mars is seasonal
October 19, 2016 at 10:06 am Robert Zimmerman Points of Information

The Mars orbiter MAVEN has found that the loss rate of hydrogen in Mars’ upper atmosphere increased tenfold when the planet was closest to the Sun.

The loss of hydrogen is directly linked to Mars’ slow loss of water over the eons.

Mars in ultraviolet
October 18, 2016 at 9:47 am Robert Zimmerman Points of Information

Data from the Mars orbiter MAVEN have given scientists their first detailed look at the red planet in ultraviolet wavelengths.

They include the first images of “nightglow” that can be used to show how winds circulate at high altitudes. Additionally, dayside ultraviolet imagery from the spacecraft shows how ozone amounts change over the seasons and how afternoon clouds form over giant Martian volcanoes. The images were taken by the Imaging UltraViolet Spectrograph (IUVS) on MAVEN.

The build-up of clouds over Mars’ four big volcanoes is especially interesting, since it is thought this water vapor likely comes from underground ice left over from glaciers that were once on the mountains’ slopes. A very short video of that build up can be seen, below the fold.
END_OF_DOCUMENT_TOKEN_TO_BE_REPLACED

Unexpected findings from Mars
March 18, 2015 at 9:12 am Robert Zimmerman Points of Information

The uncertainty of science: MAVEN has discovered both an unexpected dust cloud high in Mars’ atmosphere along with an aurora very deep down in the atmosphere, much deeper than expected.

The dust cloud, at around 90 miles elevation, is especially mysterious, as they have no idea how it got there.

A timing conflict between two computers on board MAVEN has put the Mars probe into safe mode.

The issue seems relatively minor and something that engineers should resolve without difficulty. Even so, I refuse to use the bureaucratic term “glitch” to describe it, as the article does, as this term is often employed by government employees to disguise much more serious problems. Journalists shouldn’t help them do this.

First results back from the U.S. MAVEN Mars probe
October 15, 2014 at 9:13 am Robert Zimmerman Points of Information

As expected, the spacecraft has quickly found evidence of the Martian atmosphere leaking away into space.

Hydrogen appears to be leaving the planet’s atmosphere in clumps and streams that reach about 10 Mars radii into space, said Mike Chaffin, a MAVEN scientist also at the University of Colorado, who discussed the results at a 14 October news briefing. The hydrogen comes from water vapour that breaks apart in the upper atmosphere; because hydrogen is so much lighter than oxygen, it escapes into space relatively easily. “That’s effectively removing water from the Martian atmosphere,” says Chaffin.

Other images show oxygen and carbon drifting away from the planet, although these heavier atoms cluster closer to Mars than hydrogen. Deep within the atmosphere, oxygen forms ozone molecules that accumulate near Mars’s south pole.

Upon completion of its engine burn this evening at 10:10 pm (eastern), MAVEN successfully entered Mars orbit.

Stephen Clark’s status updates on Spaceflight Now were accurate, informative, and right on the money. The live telecast on NASA-TV was confusing, idiotic, distracting, and uninformed. They never once announced when the engine burn had started, ignored the reactions of the people in the control room when they cheered some important event, and spent a lot of time discussing facts that were irrelevant to this event, which is “Will MAVEN achieve orbit!?” Worst of all, the male “anchor” was clearly ignorant of the mission while the female “anchor” spoke in a sing-song manner as if her audience were kindergarten toddlers who needed careful herding. All in all, it was embarrassing to watch.

They did manage to shut up just in time to catch the announcement from mission control that telemetry had confirmed that MAVEN had reached orbit. They then went back to chattering about irrelevant stuff. As I said, embarrassing.

The next week in space

So, stay tuned this week for some fun stuff. And as I’ve been saying, this is only the beginning.

MAVEN has reached orbit.
November 18, 2013 at 11:58 am Robert Zimmerman Points of Information

After an additional engine burn, the spacecraft is now on its way to Mars.

NASA’s next Mars orbiter, MAVEN, is go for launch today at 1:28 pm from Wallops Island.
November 18, 2013 at 8:26 am Robert Zimmerman Points of Information

NASA’s next Mars orbiter, MAVEN, is go for launch today at 1:28 pm.

Moreover, another launch on Tuesday night from Wallops Island will be visible along the entire east coast, and will put a record 29 satellites into orbit.

NASA has decided to exempt its Mars probe, MAVEN, from the government shutdown, allowing preparations to resume for its November launch.
October 4, 2013 at 7:28 am Robert Zimmerman Points of Information

NASA has decided to exempt its Mars probe, MAVEN, from the government shutdown, allowing preparations to resume for its November launch.

NASA Headquarters in Washington determined that Maven’s preparations should go ahead on an emergency basis — not because of its scientific objectives, but because of its expected role as a communications relay satellite for the Opportunity and Curiosity rovers on Mars. “Both Mars Reconnaissance Orbiter and Odyssey have been acting as communication relays, but they’ve passed their design lifetime,” Jakosky explained. “Maven carries communication equipment to take over that job as necessary. Getting us launched at this opportunity is a way to preserve that ability to communicate.”

As I’ve said before, as much as I am in favor of launching this kind of science mission, the number of arbitrary decisions relating to this shutdown makes the whole thing look ridiculous. NASA can act to protect its investments on Mars, but the National Park Service is required to interfere with the normal actions of private restaurants here on Earth?

The truth is that these science missions really don’t fall under the intended definition of “essential operations”. The federal bureaucracy, under the direction of the White House, is simply stretching that definition for their own convenience, wherever they like.

With a launch window from November 18 to December7, the government shutdown might delay NASA’s next Mars unmanned probe MAVEN until 2016.
October 1, 2013 at 4:11 pm Robert Zimmerman Points of Information

Chicken Little report: With a launch window from November 18 to December7, the government shutdown might delay NASA’s next Mars unmanned probe MAVEN until 2016.

It is absolutely possible that the shutdown could cause MAVEN to miss its launch window. Such is life. The world won’t end, and as much as I am a big supporter of space exploration, I also recognize that there are actually bigger issues than NASA hanging in the balance.

Note that the article above bleeds tears for the poor government officials who might not get paid during the shutdown. Well, the economy has sucked for the past five years, with no signs of improvement and plenty of evidence that Obama and Congress have done a great deal to make things worse, especially with the passage of Obamacare. Maybe we should instead have some sympathy for the people who earn the money to pay for NASA and the government and have been screaming at these politicians to just leave them alone.