Elon Musk and the forgotten word 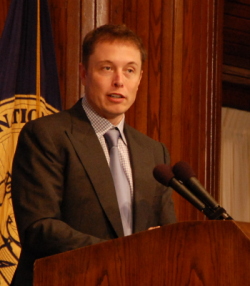 When Elon Musk gave his speech at the National Press Club on September 29, he was asked one question to which he really did not know the answer. He faked it, but his response illustrated how completely forgotten is one fundamental fact about American society — even though this fact is the very reason the United States became the world’s most wealthy and powerful nation less than two centuries after its founding.

To explain this fundamental fact I think I need to take a step back and talk about the ongoing war taking place right now over how the United States should get its astronauts into space. On one side we have NASA and Congress, who want NASA to build a new heavy-lift rocket to carry its Orion capsule beyond Earth orbit. On the other side we have a host of independent new space companies, all vying for the chance to launch humans and cargo into space for fun and profit.

Which is right? What system should the United State choose?
END_OF_DOCUMENT_TOKEN_TO_BE_REPLACED

Elon Musk’s talk yesterday at the National Press Club revealed several interesting things, about SpaceX’s rocket effort, about the state of the American commercial space industry, and about Elon Musk himself.

First, the company’s rocket design effort. Musk centered his talk on SpaceX’s new effort to make its Falcon 9 rocket completely reusable. Though he produced little specific details, and the moderator at the event asked no questions about it, it seems the engineering centers around these three concepts:
END_OF_DOCUMENT_TOKEN_TO_BE_REPLACED