New observations of the region surrounding Sagittarius A* (Sgr A*), the super-massive black hole at the center of the Milky Way, has confirmed earlier research by finding what appears to be eleven newly formed baby stars.

Prior observations of the region surrounding Sgr A* by Zadeh and his team had revealed multiple massive infant stars but the finding was not conclusive. These objects, known as proplyds, are common features in more placid star-forming regions, like the Orion Nebula. The new measurements provide more conclusive evidence for young star formation activity. Though the galactic center is a challenging environment for star formation, it is possible for particularly dense cores of hydrogen gas to cross the necessary threshold and forge new stars.

The new ALMA observations, however, revealed something even more remarkable, signs that 11 low-mass protostars are forming within one parsec – a scant three light-years – of the galaxy’s central black hole. Zadeh and his team used ALMA to confirm that the masses and momentum transfer rates – the ability of the protostar jets to plow through surrounding interstellar material – are consistent with young protostars found throughout the disk of our galaxy. “This discovery provides evidence that star formation is taking place within clouds surprisingly close to Sagittarius A*,” said Al Wootten with the National Radio Astronomy Observatory in Charlottesville, Virginia, and co-author on the paper.

They have several theories on how new stars could coalesce in such a violent and turbulent region, but none appears that convincing. Essentially, this is a mystery that does not yet have an answer. It does tell us however that star formation can occur almost anywhere.

Jupiter exoplanet around baby star
May 26, 2016 at 10:38 am Robert Zimmerman Points of Information

The uncertainty of science: Astronomers have discovered a Jupiter-class exoplanet orbiting a very young star, something their models of planetary formation told them shouldn’t happen.

“For decades, conventional wisdom held that large Jupiter-mass planets take a minimum of 10 million years to form,” said Christopher Johns-Krull, the lead author of a new study about the planet, CI Tau b, that will be published in The Astrophysical Journal. “That’s been called into question over the past decade, and many new ideas have been offered, but the bottom line is that we need to identify a number of newly formed planets around young stars if we hope to fully understand planet formation.”

CI Tau b is at least eight times larger than Jupiter and orbits a 2 million-year-old star about 450 light years from Earth in the constellation Taurus. 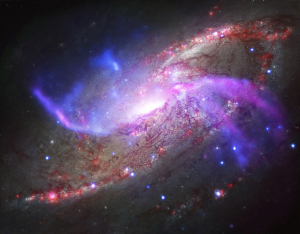 Astronomers have detected molecules of sugar in the gas cloud surrounding a young binary star about 400 light years away.
August 29, 2012 at 10:40 pm Robert Zimmerman Points of Information

Sweet! Astronomers have detected molecules of sugar in the gas cloud surrounding a young binary star about 400 light years away.

Oxygen molecules have been detected for the first time in space, and they were found in the Orion nebula, a giant molecular cloud where stars are being born. More here.

Kepler does asteroseismology on 500 sunlike stars. The data says that the theories of star formation need to be revised.