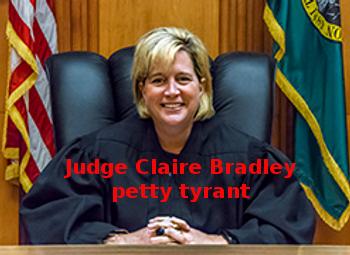 The boss demands you to get jabbed, and if you dare to refuse, the boss will fire you.

Less than three years from retirement, Kitsap County court clerk Tammy Duryea was terminated in 2021 from her job because she did not wish to get the COVID shots for both health and religious reasons.

She has now sued, but her chances of victory are quite slim, especially since it was the court judges, led by Judge Claire Bradley, the presiding judge of the District Court, who imposed the shot mandate.
END_OF_DOCUMENT_TOKEN_TO_BE_REPLACED