A tour of Vector Space Systems 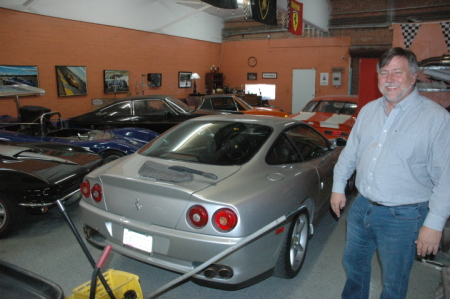 [UPDATE: I have been informed by Vector’s PR department that they have recently changed the company’s name, dropping “Space Systems” from the title. I can’t really change the title here, but I thought I note this fact for my readers.]

Today I got a quick tour of Vector Space System’s very blue collar but active rocket factory in Tucson, Arizona. My tour guide was Jim Cantrell, the CEO of the company.

Cantrell, shown on the right in front of one of his side businesses fixing and refurbishing race cars and rare luxury sports cars (also located in this factory), started out with a love of race cars, which he still builds and races. As he said to me, “Long endurance car racing is still my thing.”

However, he has also spent his life in the space business. He has worked for government agencies and numerous private businesses, including SpaceX at its very beginning. Vector Space Systems is an effort put together by him and several other people to capture the smallsat market, a market he truly believes is going to explode with activity in the coming years. If things go as he wishes, they hope to launch at least one hundred times a year, from multiple launch sites. Their goal is simplicity and quick turnaround at an inexpensive cost.

The company is presently in the testing phase leading up to their first orbital launches, which they hope to start in 2018. Right now they are building a series of full scale versions of their Vector-R rocket with a dummy second stage. The idea is to do a string of suborbital test flights, the first of which will fly in about a week from Mohave in California, with the second flying from the Georgia spaceport in Camden County. The image below is the first stage of that first test rocket. 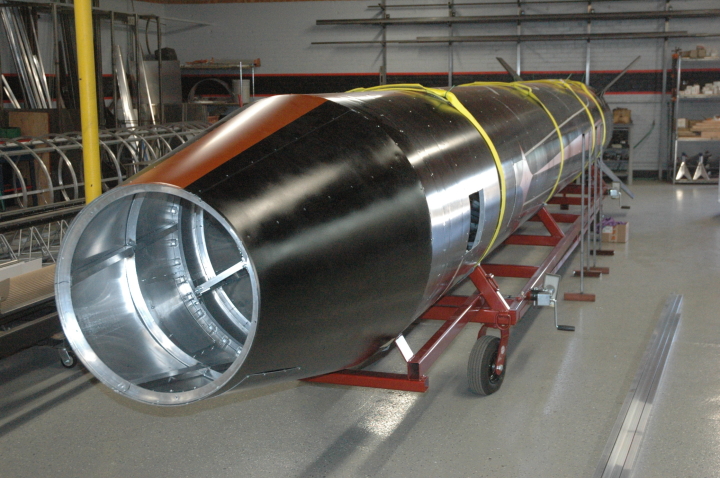 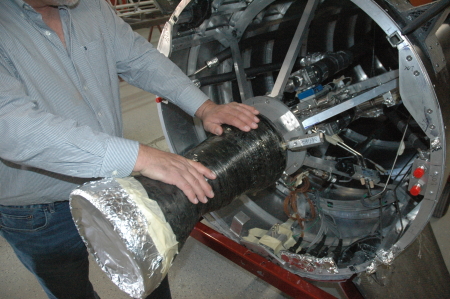 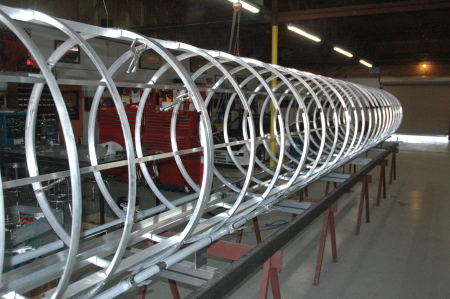 For this flight their main goal is to test the engine, which Cantrell is showing me in the picture to the right. I was astonished at how small and simple the engine was. In fact, the rocket itself was amazingly small. It looked like it could almost fit inside a typical moving truck.

Below and to the right is the first stage for their second test flight, presently being assembled. They hope it will be ready for flight in only a few weeks after the first flight. They plan five suborbital test flights, with the last capable of getting about 90% to orbit. Along the way they will test their avionics, the rocket’s balancing systems, and its computer and tanks. Once these tests are complete they will then move to testing the orbital version in 2018.

Obviously, all this depends on every test flight being successful. But then, even if something goes wrong they will learn something and move on. For example, they recently transported an engineering version of the rocket to the visitor center at Kennedy. As Cantrell explained, “We learned things new just making that move.”

In the end, I think the bumper sticker to the right, attached to the window of Vector Space System’s office, sums everything up. The people at Vector want to make money in space, but they — like everyone in the space business — also love making rockets and engines and going fast. What better combination from life could you ask for?