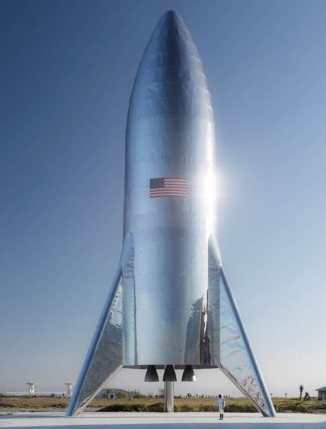 Capitalism in space: Today’s launch by SpaceX of another sixty Starlink satellites in its planned constellation of thousands of satellites, designed to provide worldwide internet access, was significant in a way that is actually not obvious at first glance. To understand its significance, it is necessary to look at the launch in a wider context.

Below is the list of launches that have so far occurred in 2020. I keep track of this, and post an update here on Behind the Black after each new launch:

Notice anything? While the launches of every other nation in the world are centralized under one rocket company or agency, the United States has many different and independent companies competing for this business. Right now the U.S. has four different companies on this list, with one (SpaceX) now tied after today’s launch with China for the overall lead, and three (Rocket Lab, ULA, and Northrop Grumman) tied with Europe, Russia, and Japan for second place.

Only in America can you have individual private rocket companies competing head-to-head with whole nations, and beating them. (Some might argue that China’s rocket industry is also made up of competing companies, but that is a lie. While those companies might function somewhat independently, they are all under the strict supervision of the central communist government. They are not functioning as free and privately-owned companies.)

Nor is this pattern seen only in the launch market. Among airline companies it has been the norm since the beginnings of cheap passenger flight after World War II. While most other nations have a single national airline (British Airways, Aeroflot, El Al, Air Canada, Korean Air, Saudi Arabian Airlines, to name a few), the U.S. has a plethora of competing independent companies, with many flying many more passengers than these national airlines, sometimes even to their own countries.

How is this possible? Why does the U.S. so often dominate so many industries in this way?

The answer — simple though unfortunately often forgotten even in the U.S. — is freedom. We have structured our entire culture and legal system around the idea of protecting the property rights and private ownership of individuals and their companies, so that they then have the freedom to follow their dreams and fantasies, wherever those dreams and fantasies might take them.

Unlike other nations, our culture does not first ask its government to organize a business to serve the citizens. Instead, we expect private citizens and companies to do it, and to do it competitively. All are free to form their own operation, aimed at making profit. And if some don’t do a good job at it, as was the case in the launch industry when Boeing and Lockheed Martin merged to form ULA in 2005, our culture’s reliance on freedom expects new companies and individuals, in this case SpaceX and Elon Musk, to step forward and offer better services. This free competition, a fundamental aspect of human nature, leads to better products at lower cost, and forces the older companies to either shape up, or die.

The focus is on freedom, profit, and competitive success, not power and government control.

I have noted this pattern previously when Orbital Sciences (now part of Northrop Grumman) completed its first launch of its Antares rocket in 2013. As I said then,

[E]ven though freedom is not necessarily the cultural foundation of countries like Russia, China, India, and Europe, it still remains a fundamental fact of human nature. If you give people freedom, they will routinely come up with good ideas and make life better with those ideas. We would be wise to remember this when it comes time to build those first colonies on Mars and the Moon. Better to give the first settlers as much freedom as possible, rather than wrap them in a cloak of rules that will smother them badly.

Sadly there are people now in the United States who wish to squelch this fundamental fact of human nature. They instead fantasize a nation where all good things come from on-high from the government.

History however has shown us repeatedly how foolish and absurd this fantasy is. The government can’t do it. Worse, disasters like the Soviet Union, Venezuela, North Korea, and East Germany occurred not only because the government tried to do everything, but because the people in charge squelched any alternative ideas. The result in every case was bankruptcy and poverty, sometimes even descending into famine and violence.

Interestingly, it was the Soviet Union’s own space industry in the 1980s that offered that communist government its first glimpse into the wealth that freedom and capitalism can produce. Long before the fall of the Soviet Union that government tried capitalism in space, selling tickets to its space station Mir to private ventures. Soon they realized that there was a lot of money to be earned from their space industry. They had reliable and low cost rockets that could put satellites into orbit cheaply. Marketing that capability to the world, they found they could make a lot of money.

When the Soviet Union fell, it was their space program that led the way towards capitalism. By the end of the 1990s Russia dominated that market. If they had allowed other companies in Russia to form and compete further for that business, they would have seen an economic renaissance that would have made their country prosperous and wealthy.

They did not. The top-down authoritarian culture of Russia took over, and instead their government centralized their space industry into a single government-run corporation. The result today is that they have lost a significant portion of their launch market share, and they have failed entirely in spreading the wealth earned in the past few decades from that industry to the rest of their society.

Like Russia’s space industry in the 1980s, the American aerospace effort has twice been a precursor of our future. First, NASA’s 1960s centralized space program that won the space race to the Moon convinced the nation that the Soviet top-down model was best, and for fifty years we attempted in space to repeat that success, using the government to organize the entire space program. For a half century we thus accomplished little, and wasted a lot of money doing it.

That single success in the 1960s of a centralized space program also convinced us into attempting to copy that Soviet model in numerous other ways. For the past half century we have repeatedly tried to use our government to solve numerous other social problems, in the vain hope that government could eliminate those problems. Instead, like the collapses in those centralized communist nations, we have seen debt and repeated governmental failures that in almost every case made things worse.

Now, our launch industry is once again giving us a glimpse of the future. Instead of the government looking to NASA to build its rockets and spacecraft, it is instead demanding that NASA look to private American companies, such as SpaceX, Rocket Lab, and Northrop Grumman, to provide those products. As a result, the government is getting what it needs in a third the time and at a tenth the cost. The American launch industry meanwhile is booming, with the possibility in the coming few years that it will entirely dominate the exploration of space while bringing enormous profits and wealth to the American people. And it could very well be doing it, as SpaceX is trying to do in building its Starship reusable rocket shown above, without any government money at all. Profits and individual achievement will fuel it all.

That lesson in space has the hope of convincing new generations of Americans to return to our roots in all our efforts. Hopefully future generations will see what freedom has wrought in space, and decide to go back to the traditions of freedom and decentralized competition and private enterprise that made the United States in the 20th century the most prosperous nation ever in the entire history of humanity.

They will stop asking the government to be our savior, and instead demand that it get out of the way, that it be reduced in size and power so that the freedom of the individual can once again rein supreme.