If election issues are not fixed, elected state Republicans must refuse to certify 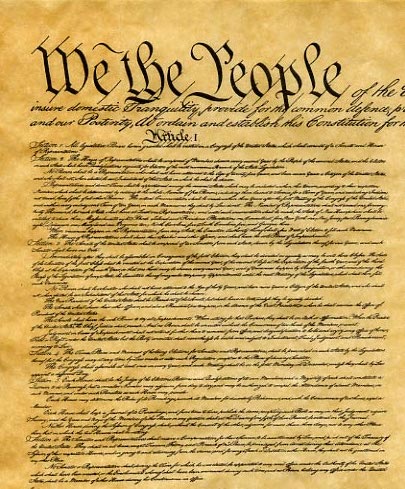 The Constitution is very clear: The actual decision on who should be elected President of the United States every four years is actually made by the state legislatures.

Article II, Section 1, Paragraph 2: Each State shall appoint, in such Manner as the Legislature thereof may direct, a Number of Electors, equal to the whole Number of Senators and Representatives to which the State may be entitled to the Congress.

12th Amendment: The Electors shall meet in their respective states and vote by ballot for President and Vice-President. … The person having the greatest number of votes for President, shall be the President, if such number be a majority of the whole number of Electors appointed.

In other words, the state legislatures choose the Electors, and only when they are chosen can they vote for President. Furthermore, the winner must win a majority from the expected number of total Electors from all the states, which is presently 270. If not, the vote then goes to the House of Representatives in Congress, which votes not by each representative but by state, with each state’s caucus voting separately to determine the state’s vote (as per the 12th Amendment).

American tradition however for almost two centuries has been for these legislatures to let the popular vote of the state guide them on who to pick as Electors. If their citizens choose the Republican candidate, they picked Republican Electors so their states Electoral votes go to that candidate. If the citizens choose a Democrat, they did the same.

It is because of this tradition that we all assume the popular vote makes the choice. It really does not.

For two centuries, this system worked because everyone trusted the election process. While some fraud has always occurred at some level, at the federal level the counts have generally been carefully done and reliably tabulated. Even in the difficult election battle in 2000 it was clear that the effort was to get the actual count right, by both sides.

This trust is now gone. The number of errors, suspicious actions, and indications of fraud, all designed to steal votes from Donald Trump and give extra votes to Joe Biden, makes every single one of the contested elections in the battleground states of Pennsylvania, Georgia, Michigan, and Wisconsin unreliable. Let’s take a look a just a small sampling of recent stories from each state, detailing rampant election fraud.

On addition, there is the very questionable software used in all of these states.

The stories above are only a tiny sampling of the numerous news articles published by numerous news sources in the past two weeks, all raising serious questions about the results in all these states.

It is the obligation of the election boards of each of these states to deal with all of these issues, to fix them, and to recount the votes after having made sure all illegal or illegitimate votes have been disqualified and that the software they use has been audited and is definitely recording the results accurately.

If they do this and the results still give Joe Biden these victories, then so be it. We will know we had a legitimate election.

If these election bureaucracies however fail to do this, or refuse, or attempt it but do an unsatisfactory job, it will then be the obligation of their Republican-controlled legislatures, as representatives of the people who elected them, to refuse to accept these untrustworthy election results. The elected officials need to tell their election boards they will not certify any election results, under any condition, until these problems are resolved.

This is exactly what the writers of the Constitution had intended. It is wholly possible to fake many election ballots and defraud an election. It is impossible to do this at the legislature level. The Founding Fathers feared the rule of the mob, and wanted the legislatures to act as a control on that mob rule.

Nor is this an improper power grab. It is merely demanding that the popular vote be counted fairly, correctly, and without error. Any resistance by Democrats to that demand will prove the Democrats do not want a fair, correct, and error-free election count. They want the results faked, and have probably cheated in each of these states.

Faced with unreliable election results, the state legislatures in these disputed states have two choices. These Republican-controlled state legislatures could simply throw out the questionable election results and pick Electors for the Electoral College who represent their choice for President, which would mean they pick Donald Trump. While this might seem like they are defying the voters of their states, if the election results have been faked by Democrats and the Democrats refuse to help fix the problems, then these Republican legislatures are within their rights to reject the results. In fact, they are obliged to represent the people who voted them into office, and prevent the election from being stolen.

Nonetheless, choosing Electors to vote contrary to the disputed results is very risky politically, and does run counter to two centuries of American tradition.

A more appropriate political choice would be to simply refuse to pick any Electors at all, because they have no idea who to pick based on the questionable and unknowable election results. By doing this they place the decision of picking the President in the hands of the House of Representatives, the one federal body the Founding Fathers created to act as representatives of the nation’s entire citizenry. It is, as they said, the People’s legislature.

At first glance this might appear a cop-out, but in truth it would demonstrate the state legislatures’ willingness to represent their citizens. In every one of these states it appears a fraud was perpetrated on the electorate, and most especially on the majority that voted for Trump. And in every one of these states, the voters chose Republicans as the majority to represent them in their state legislatures. Refusing to accept a defective election count that goes counter to the will of that state’s majority is the only correct thing to do.

Moreover, in the end picking the Presidency is a federal concern. Allowing the federal House to make the decision seems proper and appropriate.

Either way, the time has arrived for these elected state Republicans to finally prove they are true representatives of the voters who put them in office. In the past decade the American public has increasingly chosen to give Republicans more control at the state level. In the election that just concluded, that pattern continued, with statehouse Republicans gaining ground nationwide, even in Democratic Party strongholds in the Northeast.

It is time these elected State officials showed some spine and truly represented their voters. They must withstand the ugly onslaught of the Democratic Party and its collaborators in the media and do what is appropriate. They must refuse to back down. They must insist that the problems with their election counts be resolved to the satisfaction of all voters, or they must reject these fraudulent election results entirely, either by letting the Republicans in the House choose, or by choosing themselves.

If they do this, Trump will remain President. It is also very possible that the states that are totally controlled by the Democratic Party on the west coast, on the northeast, and in Illinois, will then revolt. At that point they may choose to secede, as the southern states did in 1860 when they rejected Abraham Lincoln’s election.

It will then be up to the rest of the country to decide whether to let them go, or to do as the north did in 1860, marshal military force to prevent them from leaving. I choose the later, but that is not the question of the moment.

Right now, the important issue is the election itself. The Republicans need to act like they really represent the people who voted them into power, and reject these corrupted and fraudulent election results, demanding the problems be fixed or the elections will be discarded.