The dam is about to break on the COVID shots 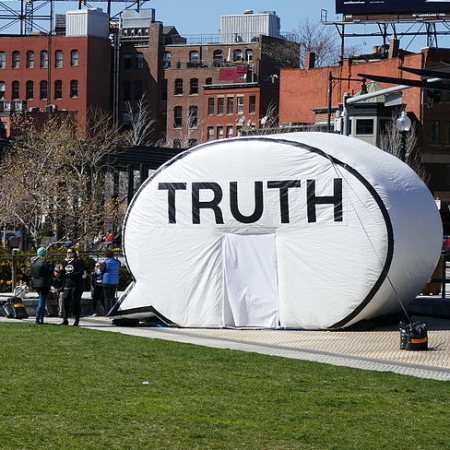 Advocates of the jab are about to be forced, against their will,
to enter that door.

The research continues to pour in every day showing increasingly that the COVID shots that Democrats and Joe Biden forced down the throats of ordinary Americans are not only relatively ineffective at stopping COVID, they are downright risky to take, especially for the young and healthy.

One story however — having nothing to do with this scientific research — suggests strongly that the left’s fantasy-world about the jab is about to break, and break in a big way. These mind-numbed robots are suddenly discovering directly and personally how harmful the jab can be, in the worst possible manner.

Before I tell you about this one story, however, we first must review some of the new research and data that has popped up in just the past week. (For the substantial previous research about the harmful risks and uselessness of the COVID shots see Part 1 of my three part series on the COVID lie from the end of September, with parts 2 and 3 here and here.)

First, the uselessness of the jab:

Second, the unhealthy immediate effects of the jab:

The data for these last three stories comes from the forced release by the CDC of its V-Safe database from more than 10 million individuals. (V-Safe was created by the CDC, allowing “users to report ‘how they feel’ after getting a COVID-19 vaccine.”) When the CDC refused to release the data, two lawsuits resulted in court orders forcing its release.

And why did the CDC hide this data, as the third story asks? The answer “Because it clearly shows that these vaccines are the most dangerous vaccines we’ve ever created, that’s why.”

Third, the longer term serious health threat from the jab:

The last story I admit is a repeat from my September 28th column, but I note it again because it pertains directly to the most important story of all, which involves no scientific research at all but highlights how the evil mindless mandates forced on millions have caused untold pain and death, for absolutely no rational reason:

Why is this particular tragedy about the sudden death from heart failure of a healthy 17-year-old so significant? It is significant because Casten — a Democrat who supported the COVID shot mandates — admits in the family’s statement about Gwen Casten’s death that “She was fully vaccinated against COVID-19.”

Up until now, most stories and notices describing these terrible deaths of young people from inexplicable heart failure have avoided mentioning COVID — though it is almost certain that every single one of them was jabbed. Instead, the standard response is to make believe their COVID shot status is irrelevant, and only say the person died from inexplicable heart failure.

Casten’s family however is the first I have seen from a Democratic Party politician that actually admits their daughter was “fully vaccinated” (though the family statement also tries to imply the shot was beneficial, and that the cause of their daughter’s heart failure remains unknown). By mentioning their daughter’s COVID shot status, however, they lay open to the public the possibility that the shots and the heart failure might be linked, something you would think a Democrat congressman who pushed for the shot mandates would want to avoid.

Casten however does not avoid this possibility. Democrats like Casten — who have have been blindly advocating the jab while refusing to see its possibly harmful adverse effects — are beginning to be trapped by reality, resulting in a horrible tragedy for him and his family.

Expect more such terrible tragedies. It will not be long now before the failure of the COVID shot will be recognized clearly by all. When that occurs expect a storm more powerful than the worst hurricane.

And if you think that storm will be mild, watch the videos at this link, showing the self-righteous, smug, and almost vicious demands by the COVID shot advocates during 2020 and 2021.

As the site notes, “Never ever forget what they did.”