Blacklisting in academia has been going on for decades unseen
October 17, 2022 1:04 pm Robert Zimmerman 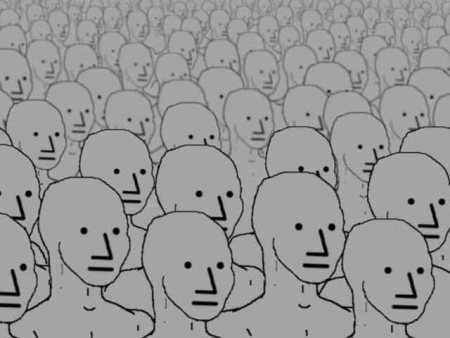 The triumphant result of academia’s long blacklisting of conservatives

Blacklists are back and academia loves ’em: Though the return of blacklisting by Democrats has only become evident and blatant in the past two years, this blacklisting culture against conservatives has been aggressively blackballing such people from academia for decades, largely silently and without any news coverage.

That no one has noticed this blackballing is because until recently this effort hasn’t tried to get conservatives fired. Instead, administrators and faculty heads in colleges nationwide have simply made it a point to not hire conservatives. They blackballed them, and did so silently so that it was difficult to accuse them of any unfair discrimination.

How do I know this? A recent series of surveys performed by the College Fix proves it unequivocally. The data from Cornell University, though extreme, was hardly unusual:

Democrats outnumber Republicans 98 to 1 according to a College Fix analysis of professors’ political affiliations across six humanities departments at Cornell University. The archaeology department sits alone in hosting a Republican professor. The gender studies department, along with the philosophy, sociology, government and literatures of English departments, all contained zero registered Republicans.

Other universities were little different:

The results were slightly less slanted at Ohio State University, where Democratic professors outnumbered Republican ones by a ratio of 7 to 1. And the ratio of Democrats to Republicans at the University of Nebraska-Omaha is 5 to 1, according to a Fix analysis.

Though this data simply confirms what has been generally known for years — that academia strongly favors leftists in hiring — the percentages reveal a starkly one-sided environment, one that could not have been created quickly, and is something that is distinctly unhealthy for encouraging a wide-ranging and open-minded intellectual marketplace.

Actually, I am being kind. Academia hasn’t merely favored leftists. The lack of diversity of thought in academia has been wholly intended. The leftists in charge did not want a wide-ranging and open-minded marketplace. They wanted obedience, and to teach that to students they required that no dissenting teachers exist in positions of authority. Since the 1960s this has been the left’s goal in academia. Behind closed doors, in interviews, in applications, in hiring, leftist teachers and administrators have for decades applied pressure to discourage the hiring of conservatives. That same pressure has made the social atmosphere uncomfortable for conservatives already in academia, so that many were very glad to leave when other opportunities beckoned.

Today we can see the result of this long-range campaign of close-mindedness. To the glee of the left, academia is now bankrupt. To gain a well-rounded liberal arts college education it makes little sense to attend almost any college in America. You simply won’t get it.

The article at the link provides a detailed break down of the College Fix‘s survey in each Cornell department. In most cases the dominance by Democrats is astonishing. For example, the English Department has 33 Democrats and NO Republicans out of 47 faculty total. However, the high number of teachers in each department whose party affiliation remains secret suggests strongly that the few conservative teachers who remain in academia are literally in hiding, out of fear for their jobs.

That fear today is wholly justified, because the blacklisting is no longer done in silence. With modern academia so totally controlled by the left the need for secrecy has vanished. Academia has become a very public Stalinist state. Even if you rally up the courage to publicly disagree with the leftists in charge, you no longer have the freedom to speak. If you do, today’s very open blacklisting culture will hound you, slander you, threaten you, dox you, and if this campaign of harassment doesn’t force you from your job, it will make existence on campus generally intolerable.

That anyone chooses to attend any of these colleges utterly baffles me. Even more baffling has been the lack of competition. Have we as a society become so close-minded that we will not even consider new alternatives to these bankrupt institutions?