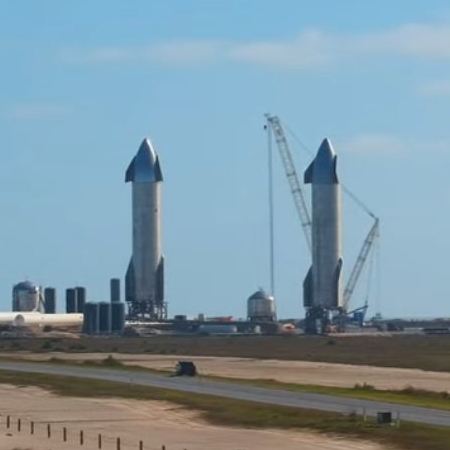 Two Starships are better than one!

They’re coming for you next: It appears the environmentalist movement is thrilled that the FAA and the Biden administration blocked last week’s test flight of SpaceX’s ninth prototype of Starship.

It also appears they are gunning to end Starship entirely, and might now have the right people in charge to get it done.

Jim Chapman, president of the nonprofit Friends of the Wildlife Corridor, says it is unusual for a federal regulatory agency to allow a company to conduct tests prior to completion of an environmental review and licenses issued.

He and other environmentalists have repeatedly expressed concerns to Border Report of what they say is a lack of oversight by the FAA on this site. But Friday’s actions gave Chapman some hope. “The fact that the FAA is going by the book for a change is a good development,” Chapman said. “They’re following the law by doing that and they’re supposed to do the environmental evaluation before they issue new licenses and up until now they kind of haven’t been doing that.”

The irony here is that these environmentalists are claiming that SpaceX’s rocket facility at Boca Chica will threaten the local beach wildlife, when we have more than a half century of evidence from Cape Canaveral that a rocket launch facility does the exact opposite. When the federal government established its Florida spaceport it reserved vast tracts around it for safety, but also reserved that land as a wildlife preserve. The result has been that the beach wildlife at Cape Canaveral has thrived, and been protected.

What these environmentalist really want to do is prevent SpaceX from flying, merely because they hate the development of new technology and the advancement of human capabilities. The environmental movement is routinely against anything new, and has been for decades.

With the Democrats controlling Congress and the White House, their allies are now in power. I would not at all be surprised if the FAA’s action last week is also tied to this environmental review. If so, expect future test flights at Boca Chica to be further delayed and stretched out.

Meanwhile, this past weekend SpaceX rolled out its tenth Starship prototype, placing it on a second launchpad right next to prototype #9, as shown by the screen capture above from the LabPadre 24/7 live feed this morning. The company sure is making it clear that the only reason they have been stalled is the government.


Unfortunately, that is exactly where that journey takes him. The vision that Zimmerman paints of vibrant human colonies on the Moon, Mars, the asteroids, and beyond, indomitably fighting the harsh lifeless environment of space to build new societies, captures perfectly the emerging space race we see today. He also captures in Pioneer the heart of the human spirit, willing to push forward no matter the odds, no matter the cost. It is that spirit that will make the exploration of the heavens possible, forever, into the never-ending future. Available everywhere for $3.99 (before discount) at amazon, Barnes & Noble, all ebook vendors, or direct from the ebook publisher, ebookit. And if you buy it from ebookit you don't support the big tech companies and I get a bigger cut much sooner.
24 comments