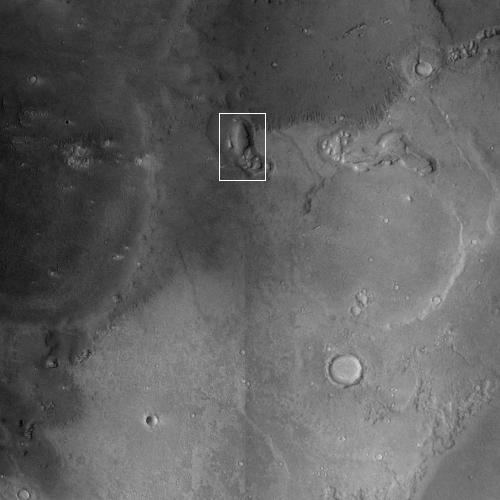 Today’s cool image provides us a glimpse at the carved canyons created when the mid-latitude glaciers on Mars were active in the past and slowly flowing downhill into the section of the northern lowland plains dubbed Acidalia Planitia.

The photo to the right is a mosaic of two images taken by the context camera on Mars Reconnaissance Orbiter and rotated, cropped, and reduced to post here. The mosaic shows a region at the very edge of Acidalia Planitia at latitude 43 degrees north.

Below is a close-up of the area in the white box, taken by MRO’s high resolution camera on February 28, 2021, as well as a global map marking the location of this image at the very edge of the glacier country found in the chaos terrain of Deuteronilus Mensae. 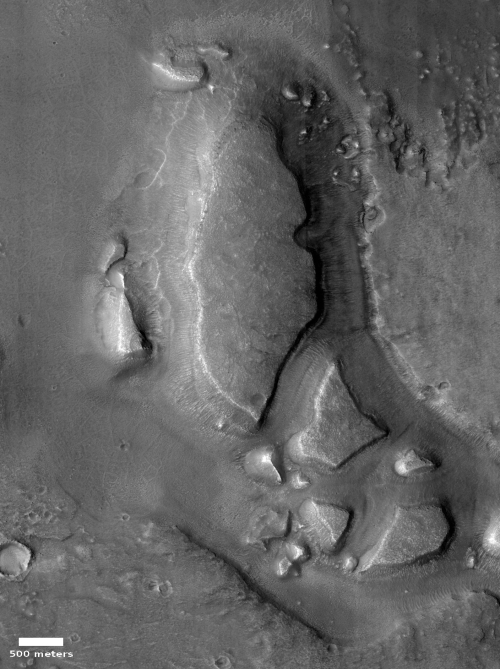 While the wider shot above appears to show a variety of drainages flowing to the northwest, it is hard to say whether there are buried glaciers in the canyons shown in the close-up to the right. At present the canyon floors appear covered with sand dunes, though there might be glacial ice buried underneath.

This patch of canyons however do resemble typical chaos terrain, with mesas surrounded by canyons that appear to have formed in faults and cracks and thus cross-cut each other at many angles. What likely happened is that when the mid-latitudes were cold, when the planet’s tilt was much higher than today’s 25 degrees, there were active glaciers in these canyons that as they flowed carved the canyons to create the chaos we see today.

As shown on the map below, the chaos terrain of the mensae regions of Deutonilus, Protonilus, and Nilosyrtis are usually found at the transition zone between the cratered southern highlands and the northern lowland plains, in the mid-latitudes. This is why so many glacial features are found within them.

This location is still in that zone, which is why there are likely glaciers buried in these canyons. As we move west and south in that transition zone however we move into dryer equatorial regions where there should be less and less evidence of near-surface ice. By 30 degrees latitude we should find none, as confirmed by all the present data.

If at some point in the future someone does find evidence of near surface ice below 30 degrees latitude, they will have made a significant discovery. That easily accessible equatorial ice will be great value to early Martian colonists, making any locations where it is found valuable real estate and likely resulting in the equivalent of a Martian gold rush to grab it. 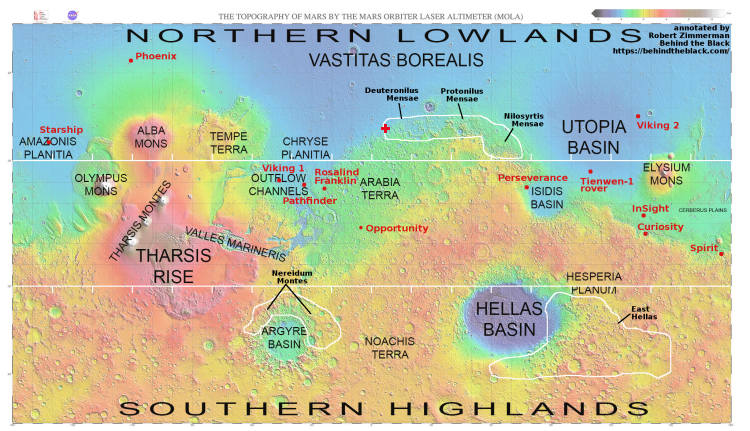