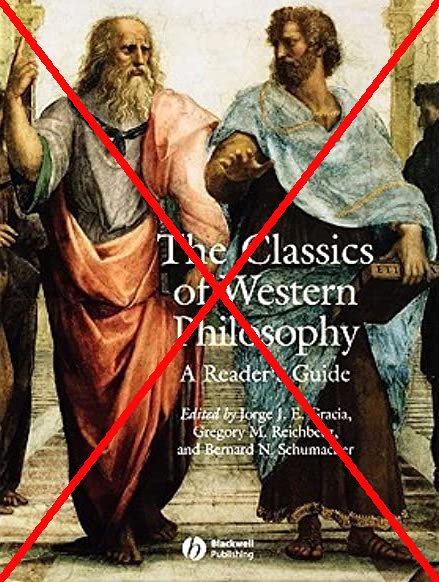 The cordiality of these classic scholars reminds me somehow of the Jewish leaders in the Warsaw Ghetto, who cordially worked with the Nazis in order to (paraphrasing the statement above) “keep their Jewish community intact at some level.”

The real goal of course is no different than that of the Nazis: to destroy and burn these books, to prevent any student not only from reading them but to guarantee they won’t even know the books exist. Get rid of the classics department and there no longer will a place for these books on the curriculum, and the powers in charge will steadily work to squeeze them out in favor of modern racist classics like “White Fragility” and “Heather has two mommies.”

That the scholars in Howard’s classics department can’t seem to recognize this suggests to me that either they are very stupid, or deep down agree with the agenda, and are quite willing themselves to help eliminate the teaching of the classics of Western Civilization.

The second link is an essay by Harvard professor Cornel West and classics expert Jeremy Tate, who note clearly the cost of such decisions:

Academia’s continual campaign to disregard or neglect the classics is a sign of spiritual decay, moral decline and a deep intellectual narrowness running amok in American culture. Those who commit this terrible act treat Western civilization as either irrelevant and not worthy of prioritization or as harmful and worthy only of condemnation.

Sadly, in our culture’s conception, the crimes of the West have become so central that it’s hard to keep track of the best of the West. We must be vigilant and draw the distinction between Western civilization and philosophy on the one hand, and Western crimes on the other. The crimes spring from certain philosophies and certain aspects of the civilization, not all of them.

The Western canon is, more than anything, a conversation among great thinkers over generations that grows richer the more we add our own voices and the excellence of voices from Africa, Asia, Latin America and everywhere else in the world. We should never cancel voices in this conversation, whether that voice is Homer or students at Howard University. [emphasis mine]

Our modern dominant leftist culture however no longer agrees with West and Tate about “never canceling voices.” No, this culture’s primary goal is to cancel and destroy everyone who disagrees with them or tries to challenge them. Power is all, and woe to anyone who wishes simply to live free and enjoy life as they see fit.

Stop sending your children to these schools. Organize your own, aimed at teaching the literature and wisdom that made our civilization possible. And most of all, tell these ignorant, bigoted, and close-minded academics they are fired. They don’t deserve the jobs they have, and would be better suited sweeping streets with a broom. (And I apologize to street sweepers for saying so. I don’t mean to insult them. They are probably better people than these academics.)