They’re coming for you next: An event organized by three different groups working to get the queer agenda out of elementary schools was canceled by the theater operator after he received numerous threats of violence from queer leftists.

“I was really proud to be able to provide an opportunity for a forum for some positive, hopefully positive, or what I thought would be possible discussions,” said operator Ron Onesti.

But instead it brought cascading concerns, and he said he canceled the event after receiving threats. “It’s not my role to have a stance with these issues. I’m merely the venue,” he said. “They said they were going to bring guns and show you what it’s really about. It just got really, really bad involving all kinds of things, bullets and dog feces.” [emphasis mine]

This is the left. Dare to express any opinion they disagree with, and they will work to blacklist and censor you, and if you show even the slightest resistance, they will then threaten you with violence. 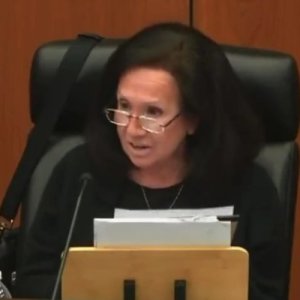 The event itself had been scheduled to occur on February 8, 2023 in Des Plaines, Illinois. The organizers were a coalition of several organizations, Awake Illinois, Moms for Liberty, and Gays Against Groomers, all of whom oppose strongly the effort by queers to sexualize young children, often against the will of their parents. Though the theater is owned by the city, it was the theater operator who canceled the event.

I first found out about this story from this Pajamas Media story, which instead of focusing on the actual blacklisting and violence decided to center its story on the public statement of a Des Plaines council alderwoman, Carla Brookman, who called the effort to shut down the event wrong, a violation of free speech, and a demonstration of intolerance by the protesters.

You can watch her statement here.

PJ Media called her defense of free speech “glorious.” I applaud her as well, but in watching that video glorious is not the word I’d use. Instead, I saw it as depressing, since it clearly demonstrated the fear ordinary people have of the power-hungry left and its allies in the queer community.

First, Brookman is continually interrupted by a heckler in the crowd, who tries to silence her by screaming over and over again that the organizers of the event were “hate groups” (an accusation by the way that was pure slander and untrue). Both Brookman and the head of the council repeatedly plead with this woman to be quiet, without success. At several points, the council head threatens to clear the room, not remove this one heckler. It is clear that he is terrified of challenging this woman singly, no matter how badly behaved she is.

Brookman herself qualifies her criticism. In noting the heckler’s intolerance for free speech, she keeps saying that “This is a systemic problem in America,” which is painting the issue with too broad a brush. The problem is systemic, but it is a problem on the left, not all of America. And at this specific council meeting, it is only a problem by this one intolerant leftist attendee, not anyone else in the room. By applying her accusation to everyone, Brookman instead devalues her attack on the real culprit.

And finally, despite Brookman’s strong defense of free speech and the council’s apparent decision not to cancel the event, the left’s threats of violence worked anyway, because the event was cancelled. The bullies won. Free speech in Des Plaines is no longer permitted. The left has decreed it, and woe to you if you dare challenge them.

Above all, remember the slanders screamed against these organizations. These big lies, Barack Obama’s legacy of hate, will be repeated again and again, unchallenged, resulting in more canceled events and further silencing. In the end the lie will be seen as true, and these entirely reasonable organizations and the people who run will be seen as extremists, while the intolerant extremists will be in control.