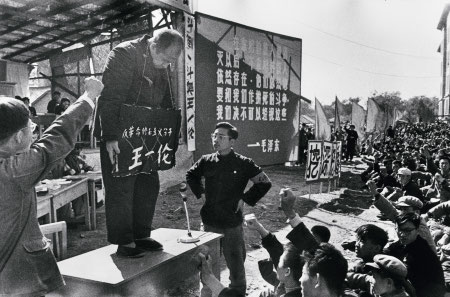 Persecution is now cool! Law professor Jason Kilborn at the University of Illinois-Chicago was suspended by his university and forced to undergo a mental examination plus drug tests essentially because some unnamed students objected to an exam question that referenced racial slurs and that Kilborn had been using in his tests for a decade.

Kilborn told Campus Reform that his classes “were cancelled for the entire semester on the very first day of class. He said he also had to undergo “an agonizing several-week period of ‘administrative leave,’” during which he was “barred from campus and prevented from participating in normal faculty communications and activities, including my elected position on the university promotion and tenure committee.”

Kilborn said he was compelled to submit to three hours of mental examination and a drug test by university doctors and a social worker, broken into two segments spanning the course of a week.

The exam question that caused the furor appears to have been part of a program focused on teaching law students how to determine the factual basis for any legal action, as Kilborn explains here,

Employment discrimination is among the most common topics of federal civil litigation, and our textbook authors use that context frequently, so it’s certainly appropriately contextual. I was also trying to acknowledge the challenges that women of color still face in the workplace and the important role of civil procedure in discovering and addressing these wrongs. The only question seems to be whether it was problematic for me to be specific (in abbreviated form, to avoid actually using these horrible words) about what the manager had heard others say.

I don’t want to make anyone feel unnecessarily distressed during a high-stakes exam, but I am just flabbergasted at the reaction here for the first time in ten years of consistently administering this very question to classes every bit as diverse as the one that sat for this exam this semester (though I have no idea exactly WHO is reacting in this way or why, as no one from the leadership of this campaign against me has attempted to communicate with me in any way). [emphasis mine]

In other words, he was teaching his students how to discover actual facts, including the use of racial slurs, to defend their clients against such abuse. For this his university decided to bow to the protesters and treat him as a leper.

Furthermore, as the highlighted words above make clear, Kilborn’s accusers are anonymous, and have made no effort to begin any open and honest communications. Their petition names no one, and shows no willingness to sit down and discuss the incident with him or the school, because if such a thing happened, the protest would quickly die out because it would become evident that the accusations are absurd and false.

Instead the unnamed protesters make demands, all designed destroy Kilborn while using this incident as a tool for gaining more power. The petition demands that Kilborn step down from all committees, that the school have multiple teachers assigned to all mandatory courses (teachers likely chosen by the protesters), and that all faculty and staff undergo “mandatory cultural sensitivity training,” which we all know translates into imposing some form of a Marxist anti-white indoctrination session on everyone.

It also appears from the school’s initial and cowardly acquiescence to their demands, they have succeeded. Whether Kilborn faces more serious long term punishment however remains unclear. He has enlisted the aid of the Foundation for Individual Rights in Education (FIRE), which has sent the school a blunt six page letter documenting clearly that Kilborn had done nothing wrong, is protected by law and the first amendment, and that the school has no cause to punish him.

We shall see if the school recognizes these facts. If they don’t, then Kilborn must sue, and sue hard.