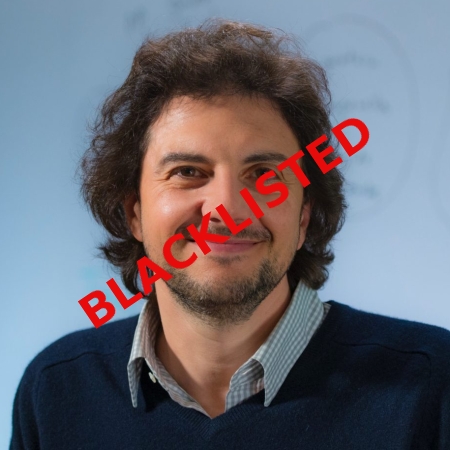 Persecution is now cool! The career and work of a world-renowned molecular biologist scientist David Sabatini has been utterly destroyed because of unproven accusations against him from a co-worker whom he had been casually dating for a short time.

The story at the link is long and detailed, and utterly horrifying. Not only did Ruth Lehmann, the head of the the Whitehead Institute where Sabatini worked and who fired him, never talk to him face-to-face, the report she based her actions on was filled with hearsay and unsubstantiated accusations.

No matter. Sabatini had been accused of sexual harassment, and thus he must be destroyed, without due process or any fair trial.

In the 24 hours after the report came out, Sabatini’s life fell apart. MIT put him on administrative leave. The Howard Hughes Medical Institute, another prestigious non-profit that funds biomedical research and was paying Sabatini’s salary, fired him. He resigned from the Whitehead, and eventually MIT, at the advice of his lawyers who thought it would help him secure his next job. (“I one hundred percent regret that,” Sabatini told me).

Soon, the biotech startups he’d helped found— Navitor Pharmaceuticals, KSQ and Raze Therapeutics—started severing their relationships with him. Sabatini was axed from professorships, fellowships, and professional societies. Awards and grants were pulled. His income disappeared.

On August 20, Lehmann officially cut ties with Sabatini in an email sent to the whole institute. That was leaked to the Boston Globe within minutes; the news was circulating on Twitter within hours.

“I lost everything. My whole life imploded,” Sabatini said. “I became a shell of what I was.”

According to the vast majority of people who worked with Sabatini, the report had nothing to do with reality and was shaped to slander him, regardless of facts. Consider this quote from the report itself:

“While we have not found any evidence that Sabatini discriminates against or fails to support females in his lab, we find that Sabatini’s propensity to praise or gravitate toward those in the lab that mirror his desired personality traits, scientific success, or view of ‘science above all else,’ creates additional obstacles for female lab members,” the report concluded.

This was baffling to everyone I spoke to: Nine of Sabatini’s current and former lab employees, a current faculty member at the Whitehead, and half a dozen top doctors and scientists in Sabatini’s field. Most of them would not speak on the record for fear of being associated with Sabatini and derailing their own careers. “It’s impossible to be honest about this and preserve your own skin,” says a scientist who recently worked under Sabatini.

That trainee called the report’s depiction of the lab an “alternate reality,” and the characterization of Sabatini as lascivious and retaliatory “deeply insane.” [emphasis mine]

The first highlighted phrase illustrates the focus on sexual politics. Women scientists are incapable of handling a focus on “science above all else”, and thus must be coddled. The second highlighted phrase proves the real goal here: The wielding of power and the intimidation of anyone who might dissent from that power-wielding.

Under such conditions, true scientific research is impossible. Researchers will be forever afraid to contradict their superiors, even when their scientific results are fraudulent, out of fear.

Please read the whole article at the link. This story is in many ways one of the most depressing blacklist stories I have covered in the past year and half. A good scientist has been destroyed, because of petty sexual politics that have nothing to do with science or decent human behavior. Worse, he is blacklisted so thoroughly that any attempt to rehire him results in protests, investigations, and an effort to destroy those who even considered such a thing.

Meanwhile, the field of molecular biology and cancer research will decline, led by petty dictators whose grasp of the truth is weak, at best.