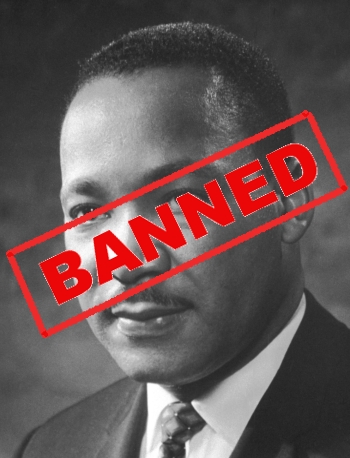 They’re coming for you next: Gordon Klein, an accounting professor at UCLA for 39 years, has sued that university’s Anderson School of Management and its administrators for suspending him for three weeks in June because he refused to favor black students in grading or exempt them from final exams.

Prof. Klein’s alleged offense was that he insisted on treating black students equally. He refused a request by a white student to allow black students preferential treatment on final exams. Because such a racial preference would violate UCLA’s anti-discrimination policies (and maybe even the law), Klein refused. Students then launched a defamatory campaign against Prof. Klein, and the cowards who run UCLA’s Anderson School capitulated, denouncing and suspending Klein. He eventually was reinstated — because he did absolutely nothing wrong — but not before his reputation and career were severely damaged.

..Prof. Klein has just filed a lawsuit in California state court, and among the things he wants, is for UCLA administrators to be held personally liable. [emphasis mine]

During his suspension Klein was also threatened with violence, requiring an increased police presence at his home to protect him.

After three weeks UCLA reinstated him, apparently recognizing that if it didn’t it would be very vulnerable to a lawsuit.

The Anderson School and its administrators however remain vulnerable, which is why Klein’s lawsuit target both directly. His complaint [pdf] specifically notes how these administrators suspended him even when told by their superiors at UCLA that they had no legal cause to do so. The Anderson School’s dean, Antonio Bernardo, also slandered Klein in public, sending out tweets and announcements that strongly implied Klein was racist and in favor of treating blacks unfairly.

In truth, Klein’s statements were exactly the oppose, clearly defending the right of all students to be treated equally while also noting that if he gave blacks favored treatment he would not only be violating school policy but breaking the law. Klein also wrote this to the student making the discriminatory demands:

One last thing strikes me: Remember that MLK famously said that people should not be evaluated based on the “color of their skin.” Do you think that your request would run afoul of MLK’s admonition?

For that comment Bernardo attacked Klein repeatedly in public while getting him suspended.

The most important aspect of this court suit is Klein’s effort to make the individual administrators at the Anderson School personally liable for their wrongful and slanderous actions, as noted in the highlighted text above. Klein’s suit is aimed at punishing these individuals directly for their own actions.

Makes sense, doesn’t it? Shouldn’t people always be personally responsible for the evils they commit?

Sadly, that has not been the case in recent decades. The courts have been affording such people a form of limited or qualified immunity, so that only their employers are punished while the individuals get off scot free. Qualified immunity has thus made government officials as well as those officials merely associated vaguely with the government exempt from direct liability. They can do anything they want to anyone, no matter how vile, and face no consequences for their actions. In fact, the ones who get punished are the taxpayers, as they are made to foot the bill.

This needs to change, and Klein’s lawsuit is part of an effort to begin that process.