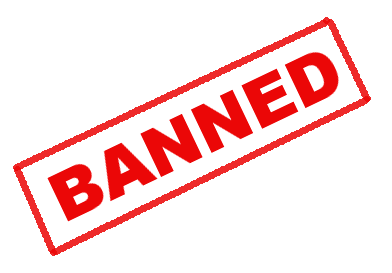 They’re coming for you next: Google’s YouTube has now blacklisted more than 30,000 videos simply because they stated conclusions relating to COVID-19 vaccines that either contradicted or challenged opinions or conclusions held by the World Health Organization or other governmental health authorities.

The headline is only listing the videos removed by YouTube because they state conclusions relating to various coronavirus vaccines that YouTube disagrees with. It turns out this is only the tip of the iceberg.

Since February 2020, YouTube has removed more than 800,000 videos containing coronavirus misinformation, the videos are first flagged by the company’s AI or a human reviewer. The videos are then sent for another level of review before a decision is made on whether or not to remove them.

Videos that violate YouTube’s policy relating to misinformation about vaccines include those that contradict expert consensus on the vaccines from health authorities or the World Health Organization. [emphasis mine]

I have reported on this fascist policy by Google in an earlier blacklist post, but did so then only in the context of one organization banned. It bears repeating because the banning has now become so widespread.

Google’s policy here is illustrative of the dark age we are now entering. Just because government authorities such a WHO have an opinion or conclusion concerning COVID does not mean it is the truth and that all other opinions and conclusions are thus “misinformation” and must be banned. That is not how the scientific method works. Proper research considers openly and without fear all conclusions, sifts through them, and allows the data to determine which work best.

Banning conclusions you don’t like merely prevents you from seeing all sides of an issue. It is authoritarianism at its worst, and defeats the whole purpose of science, which is to search for truth wherever it leads.

More important, it signals a close-mindedness and willful ignorance that can only lead to more close-mindness and more ignorance. Thus, the dark age arrives.

Enjoy cowering in your cavelike basements wearing muzzles and afraid of the thunder. It is what our children have to look forward to unless some adults today start rebelling against these despots.

Sadly, I see little evidence any such rebellion is about to occur. For example, how many of you have actually stopped using Google as your default search engine? Takes less than 30 seconds to switch, yet most people don’t bother, even after being horrified by stories like this.