Phantom Space Corp. announced today it has been awarded four new NASA task orders to launch CubeSat satellites into space as part of the new VADR contract. NASA’s VADR missions (for Venture-class Acquisition of Dedicated and Rideshare) missions intend to meet the agency’s needs for NASA payloads while also fostering the development of new launch vehicles from both emerging and established launch providers. VADR increases access to space by significantly reducing costs using less NASA oversight to achieve lower launch costs with payloads that can accept a higher risk tolerance.

…The company plans to stage the first space flights in 2024, and the NASA CubeSats will be among the first payloads. Two will be onboard the second Phantom flight, and the other two will be on the fourth flight. The CubeSat launches for NASA will occur at the Vandenberg Space Force Base’s Space Launch Complex 8.

The Tucson-based company’s Daytona rocket will use ten Hadley engines being built by the rocket engine startup Ursa Major.

One of Phantom’s founders, Jim Cantrell, gave me a tour of their facility in May. Cantrell had been head of the rocket startup Vector, and when that failed because its own engines were underpowered, formed Phantom. Phantom however does not build its own engines but gets them from Ursa Major, a company founded by former SpaceX engineeers. 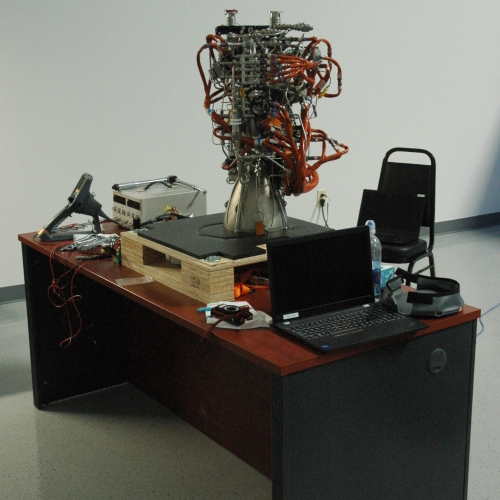 The order includes Ursa Major’s 5,000-Pound Thrust Hadley engines and the new 50,000-pound thrust Ripley engines. By using Ursa Major’s Hadley engines, Phantom’s Daytona rocket is slated for orbital launch in 2023, just three years after Phantom Space was formed. Under the terms of the agreement, Ursa Major will supply hundreds of its Hadley engines in different configurations including ground test and upper-stage vacuum variants, as well as numerous Ripley engines for planned upgrades to the Daytona vehicle.

The CEO of Phantom Space, Jim Cantrell, gave me a tour of its facility here in Tucson only three weeks ago, during which I took the picture above of a Hadley engine being tested and prepared for further static fire tests.

Cantrell had been the founder of Vector, his earlier failed attempt to create a smallsat rocket company. He clearly has not let that failure stop him. 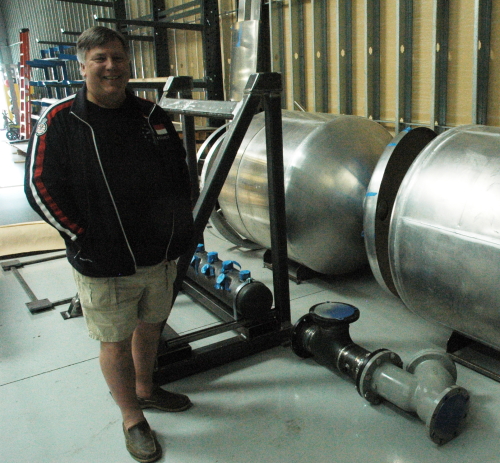 Creating a new rocket company is not something anyone can do. Nor is it something that even smart people can do, nonchalantly. The history of rocketry is littered with hundreds of attempts, almost all of which failed.

Jim Cantrell, pictured on the right standing next to one of the first test prototypes for a new rocket being made by his new company, Phantom Space, is one such person. In the mid-2010s Cantrell partnered with a number of others to found the company Vector, hoping to be one of the first smallsat rocket companies to launch a cheap and efficient rocket placing tiny satellites into orbit. At the time, Cantrell and Vector were racing neck and neck with Rocket Lab for the honor of being the first to do so.

While Rocket Lab succeeded in 2018, and has since completed more than twenty launches, Vector ended up on the ash heap of history, going bankrupt in 2019. The company’s failure was mostly due to problems with its rocket engine, which in turn caused one of its major investors to back out.

Cantrell however is apparently someone who does not take defeat quietly. Using what he had learned at Vector, in 2021 he started a new rocket company, Phantom Space, with a target date for its first test launch the summer of 2023.

Startup Ursa Major announced Wednesday that it had completed qualification of its Hadley rocket engine for use by both a space launch vehicle and a hypersonic launch system. The Colorado-based company said it has already started delivering flight-ready Hadley engines to two customers, Phantom Space and Stratolaunch, and plans to produce a total of 30 engines this year.

The engine is relatively small compared to most rocket engines. Phantom will use seven in the first stage of its smallsat Daytona rocket, designed to launch cubesats into orbit. What Stratolaunch will use the engine for is unclear.