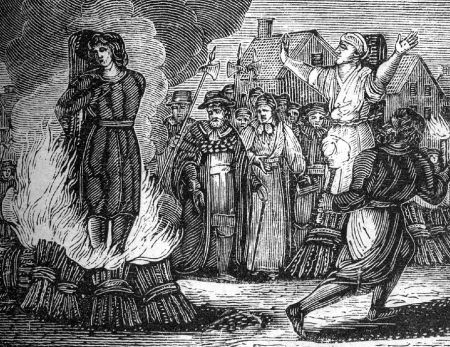 One burned witch is not enough! We’ve got to burn them all!

They’re coming for you next: The effort by the left and many like-minded fascists in modern America to destroy anyone who disagrees with them did not begin with the ascension to power of Joe Biden and the Democratic Party following the elections in 2020.

No, the blacklisting and slander campaigns started decades ago, maybe as early as the Supreme Court confirmation hearings for nominees Robert Bork and Clarence Thomas, but clearly accelerating after Trump’s election in 2016.

In 2018 we had a perfect example. Then the founder of Papa John’s Pizza, John Schnatter, was forced out of the company he founded based on lies and slanders issued by the public relations company Laundry Services that he himself had hired to improve his public image after he had publicly criticized the NFL for not stopping the national anthem protests.

Apparently, that pr firm had carefully edited comments Schnatter had made during a telephone call with them, making it look like he was a bigot and had used curse words against blacks. The resulting scandal, spread eagerly throughout the mainstream press, served to destroy his reputation and his business, making him a pariah to the entire world.
END_OF_DOCUMENT_TOKEN_TO_BE_REPLACED