Today’s blacklisted American: Anyone in Hollywood who is white
May 10, 2021 11:36 am Robert Zimmerman 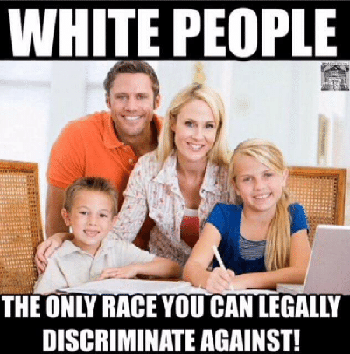 A banned race in Hollywood.

Blacklists are back and Hollywood’s got ’em: Warner Brothers has decided its next Superman will be super-woke and must star a black Superman.

More important, the studio has decided that in order to make the film the “super-woke” concept they envision it must only hire blacks to make it. Not only has the studio hired a black writer to write the script, it is insisting that the director and crew must be black also.

The Hollywood Reporter proudly makes note of the fact that they are looking for only black people to do it all, and are looking for a black director. The piece unabashedly excludes the film’s producer J.J. Abrams as a candidate purely because it would be “tone-deaf.”

Nor is that all. Hollywood also wants the focus for all its future superhero films to be “diversity” and racial oppression rather those evil and quaint old concepts of “truth, justice, and the American way.”
END_OF_DOCUMENT_TOKEN_TO_BE_REPLACED

Chuck Jones on Getting Started

An evening pause: “It costs money to die poor.”

For those who don’t know, Chuck Jones directed some of the best Bugs Bunny cartoons that Warner Brothers ever produced.

An evening pause: This pause is going to be a challenge. I am curious who can most quickly identify the film that this suite comes from, performed here live in 2013. I am sure that anyone that knows anything about movies will figure it out by around 2:30, but can you do it sooner? One hint: this is one of the greatest and most popular films ever made.

An evening pause: From 1950. Film buffs will especially get a laugh out of the reference to The Treasure of the Sierra Madre (1948).

An evening pause: “Obviously I am dealing with inferior mentalities.”

An evening pause: “He don’t know me very well, do he?”

Bugs Bunny and the Three Bears