The uncertainty of science: It is time to once again take a look at the state of the Sun’s on-going sunspot cycle. Below is NOAA’s January 1, 2021 monthly graph, documenting the Sun’s monthly sunspot activity and annotated by me to show previous solar cycle predictions.

The ramp up to solar maximum continued in December. Though there was a drop from the very high activity seen in November, the number of sunspots in December still far exceeded the prediction as indicated by the red curve. 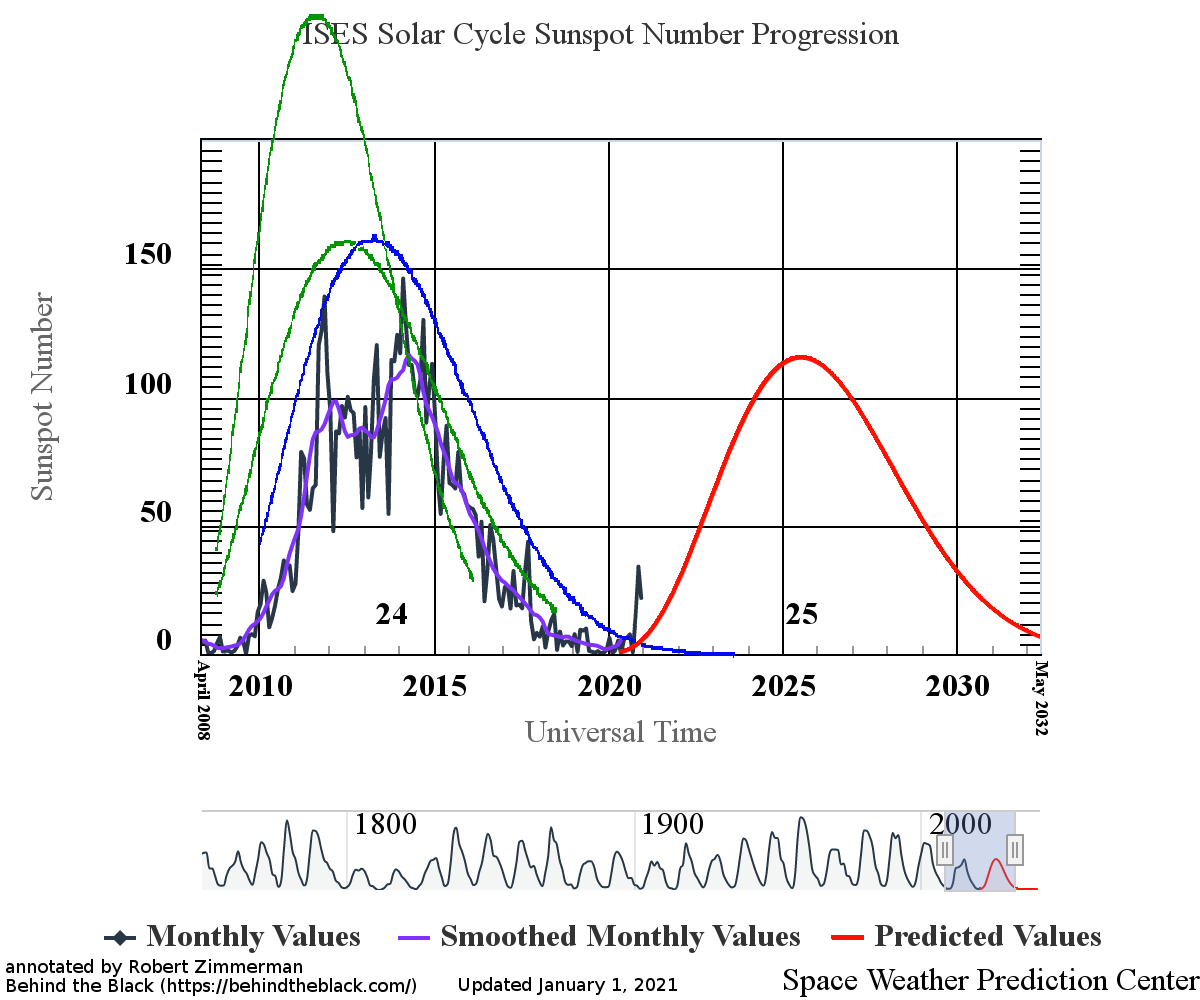 The continuing activity in December reaffirms that a new solar maximum is on the way. There will be no grand minimum, at least none for the next dozen years.

What will actually happen? Your guess is as good as mine. It is also likely as good as any solar scientist’s. While the consensus of the solar scientists from NOAA, as indicated by the red curve above, calls for a relatively weak solar maximum, comparable to the weak maximum seen in 2009, their opinion is merely that. Another solar scientist, Scott McIntosh, the deputy director of the National Center for Atmospheric Research, has instead predicted that the upcoming solar maximum will not only be a strong one, it will be twice as strong as predicted by NOAA’s panel, making it one of the strongest maximums in more than a half century.

Other solar scientists had predicted we would now be entering a grand minimum, a prediction that has now turned out to be mistaken.

What must be made clear about all these predictions is that they are not based on a true understanding of what causes these solar cycles. Scientists know that sunspots are created by the Sun’s magnetic dynamo, but the fundamental reason why the dynamo goes through these cycles is not known. All these predictions are based on extrapolating past activity into the future. More important, all are also based on our limited knowledge of the Sun itself.

So, even the predictions that end up being correct really don’t tell us anything. They are mere guesses, even if educated guesses. To really understand what is going on in the Sun we will need to know a lot more about it and its magnetic dynamo, knowledge that is likely many decades away.