My monthly sunspot for December is late this month because I simply forgot to do it. (Thanks to reader Phill Oltmann for prodding my memory.)

Below is NOAA’s monthly graph for tracking the Sun’s monthly sunspot activity, annotated by me to show the past solar cycle predictions.

The increasing sunspot activity we saw in October continued spectacularly in November. In fact, the amount of activity was the most seen since the summer of 2017, when the last solar maximum gave us its last big outburst. 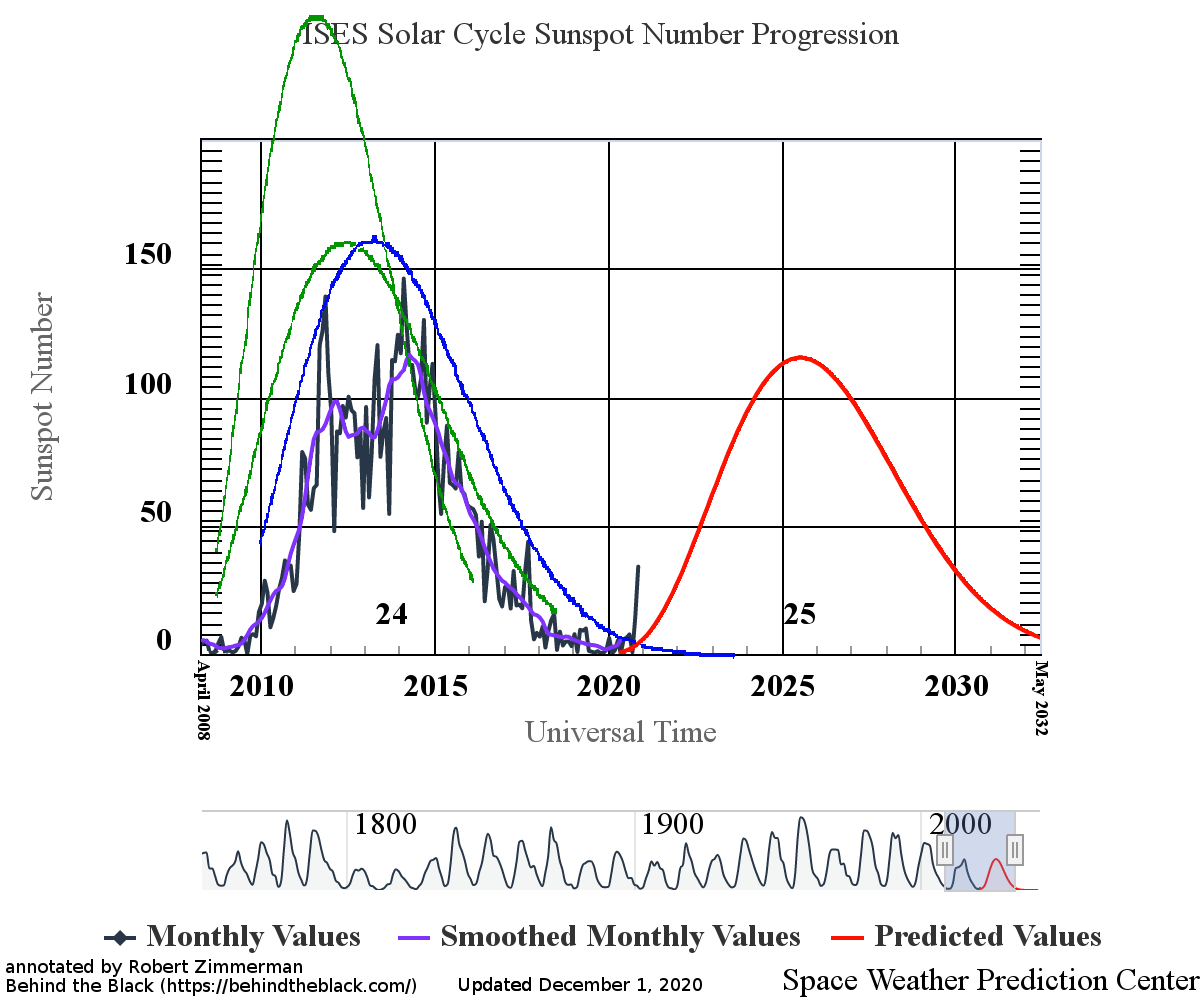 November’s activity proves unequivocally that a new solar maximum is coming. We will have no grand minimum this cycle, despite the unprecedented knowledge it would bring us. The sudden increase in November is not unusual during the initial ramp up to solar maximum, but if a grand minimum was coming we would have likely not seen such a burst of activity.

November’s outburst demonstrates again that solar scientists still don’t understand the fundamental processes that cause the Sun’s magnetic dynamo to cycle as it does. In the past decade we have had predictions calling for either a decline in sunspots, a significant increase, or no significant change during this upcoming cycle.

While the middle prediction now appears more correct, it is still too soon to say. As I noted in 2019, “The range of predictions here is so great that essentially it shows that there really is no consensus on what will happen.”