NOAA last week did its monthly update of its graph for tracking the monthly activity of sunspots on the Sun’s visible hemisphere. Below is that updated graph, annotated by me to show the past and new solar cycle predictions. 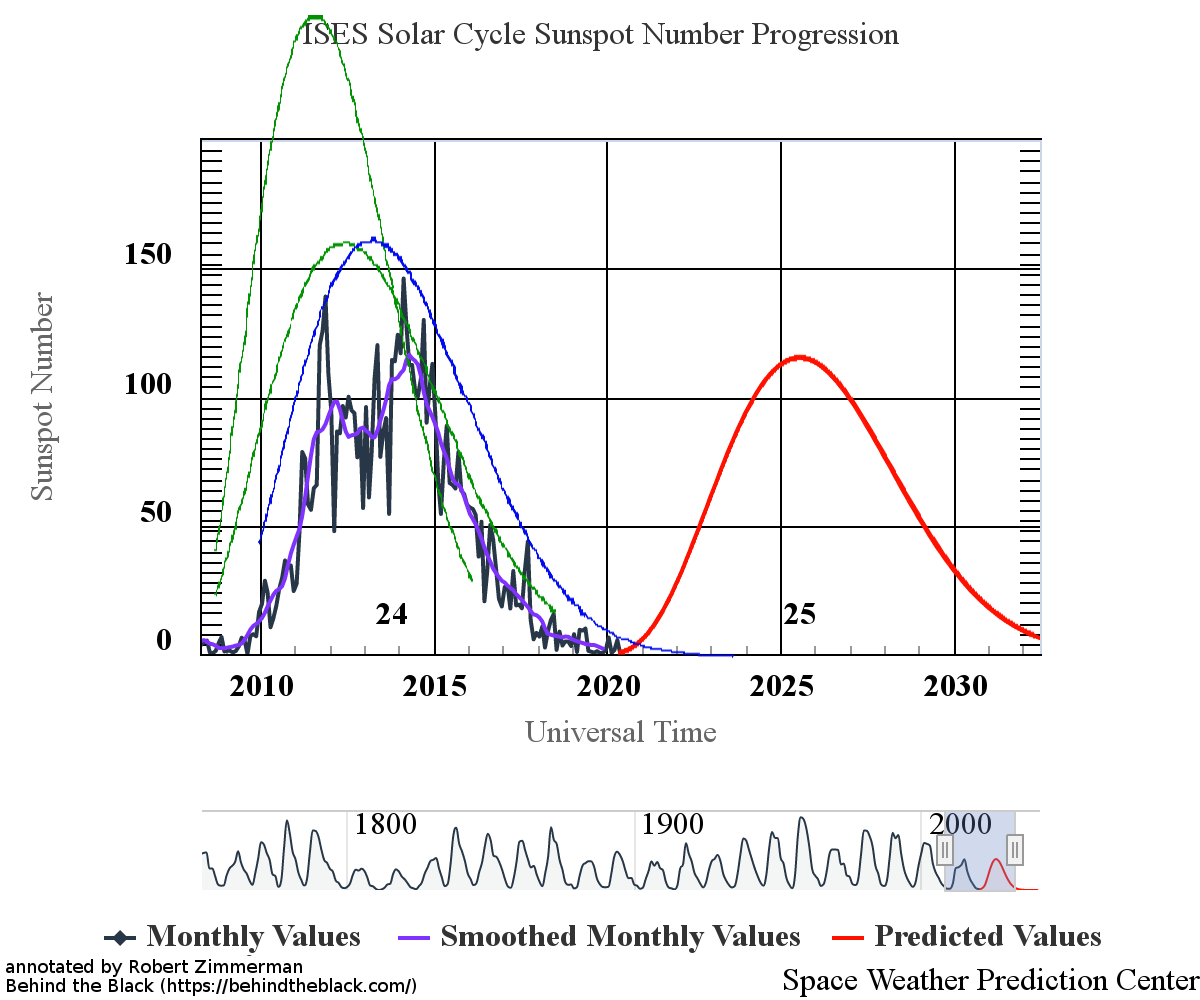 Since last month NOAA has done some further revisions to this graph, and improved it significantly since their first redesign, released in April. You can see the difference just by comparing it to my previous update last month. For scales covering longer periods, they have eliminated the diamonds, making the curve much more readable. They have also increased the size of the graph, which also serves to make it more readable as well. Kudos to the people at NOAA for these changes.

As you can see, sunspot activity in May plunged from the slight uptick in April. This is even more clearly shown by the SILSO graph below. 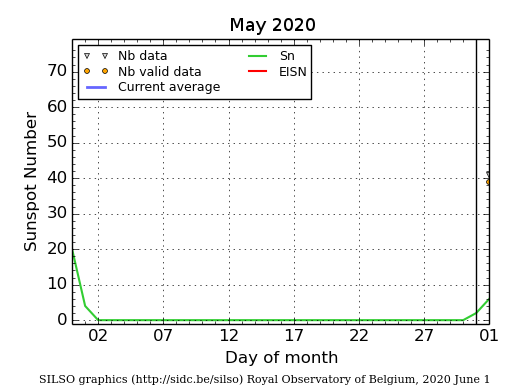 In May there was practically no sunspot activity. As the month began, a sunspot faded away, and then, just as the month ended, a sunspot began to appear. Both sunspots had polarities that assign them to the coming solar maximum. Both (as have other new cycle sunspots over the past year) suggest that we will have a solar maximum in the coming five years, not a grand minimum with no sunspots for decades.

In the past, a weak maximum and a deep minimum has signaled colder weather on Earth. The link is not yet understood, though there is one theory related to the increase in cosmic rays hitting the atmosphere and creating more cloud cover and thus cooling the climate. This remains unproven, as yet.

If true, however, the next few years will be colder, not warmer as predicted by global warming activists. Or at least, the climate will not warm, as we have seen in the past twenty years during the previous weak minimum and maximum.

If this happens, good science will demand that climate models be revised to increase the impact of the Sun’s variability. Considering that this change might defuse the panic global warming scientists and politicians have attempted to engender over the overblown dangers of a warming Earth, I wonder if it will be done. Based on the corruption and data tampering I have seen in recent years by climate scientists, I have my doubts. I hope my cynicism is proven wrong.