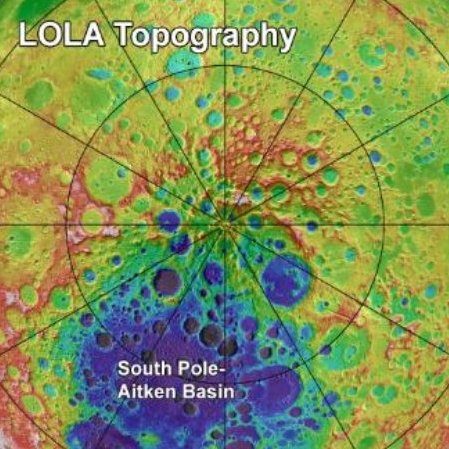 My virtual coverage of the cancelled 51st annual Lunar & Planetary Science conference continues today with a review of the abstracts of presentations that were planned for today, but unfortunately will never be presented.

As a side note, the social shutdown being imposed on America due to the panic over COVID-19 has some side benefits, as has been noted in a bunch of stories today. Not only will this possibly destroy the power the left has on college campuses as universities quickly shift to online courses, it will also likely put an end to the endless science conferences that are usually paid for by U.S. tax dollars. (That cost includes not just the expense of the conference, but the fees and transportation costs of the participants, almost all of whom get the money from either their government job or through research grants from the government.)

Anyway, for good or ill, the virus shut down the planetary conference in Texas this week, forcing me to post these daily summaries based not on real presentations where I would have interviewed the scientists and gotten some questions answered, but on their abstracts placed on line beforehand. Today, the three big subjects were the south pole of the Moon (as shown in the map above from one abstract [pdf], produced by one instrument on Lunar Reconnaissance Orbiter [LRO]), the Martian environment, and Titan. I will take them it that order.

Though there were a few presentations discussing other areas of the Moon besides its poles (the most interesting of which was an abstract [pdf] suggesting that comet impacts might have placed buried water in lower latitude craters such as Copernicus), the bulk of the presentations focused on the south pole and the permanently shadowed areas where it is suspected water ice might exist.

Interestingly, the verdict is still out on whether there really is water in those permanently shadowed craters. Several abstracts argued the data continues to confirm its presence. Others instead found that the geological features inside these craters appears no different than other craters, something you would not expect if water ice was there shaping its geology. As noted by one abstract [pdf],

Landforms inside two craters likely to host water ice [Shoemaker and Faustini] are found to exhibit expressions of geologic processes (mass wasting, impact cratering, and tectonism) as yet indistinguishable from non-ice-bearing craters. Differences in wall slopes are attributed to typical crater variability. Additionally, we found no definitive evidence of permafrost-like landforms or features suggestive of surface frost.

This data does not preclude the existence of water, but as another abstract [pdf] noted, “the data present a conundrum that has not been resolved.”

Despite these doubts, the bulk of the remaining presentations focused on mapping and characterizing the region of the south pole in order to better plan future missions there. Two abstracts presented detailed geological maps, as shown by one example in the image above. Two looked for the best landing sites closest to and most accessible to the suspected ice locations.

The most interesting report to me however was the abstract [pdf] that provided the most recent data on the daily illumination on the rim of Shackleton Crater.

This means that if you were to place solar panels on this rim thirty feet high, they would be illuminated by the sun almost continuously, with only a few gaps six months apart shorter than three days.

Shackleton Crater remains one of the south pole’s most prime real estate. Its biggest negative remains the roughness of the terrain, making operations difficult, though not impossible.

Two abstracts from Curiosity were of interest. The first [pdf] noted the possibility that one of the rover’s cameras might have spotted water frost on a nearby rock. At least, the data suggested this, though there are uncertainties.

The second [pdf] hinted at new results from December 2019 that might resolve the conflict between the seasonal methane detected by Curiosity and the lack of any detection by Europe’s Trace Gas Orbiter. I expect a press release will soon appear outlining the results that could not be presented in Houston. If not, I will follow up with the scientists involved and get the full story.

Another abstract [pdf] from Chinese scientists discussed the dust storm activity in Chryse Planitia, the northern lowlands located near the outlet to Valles Marineris. This study was done because, according to this abstract, Chryse Planitia is considered a prime candidate landing site for the Chinese lander/rover scheduled for launch this summer.

What I find confusing about this is that another presentation at an earlier conference had suggested their landing site was in Utopia Planitia, on the other side of the planet. Which is it? Because this conference was cancelled, I could not ask them. I suspect it will be Chryse, because this is a more recent presentation, but who knows?

With the end of the Cassini mission in 2017, scientists studying this Moon of Saturn have no new data to work with, and instead are forced to dig into the Cassini archives, or play with computer models based on the data on hand, or do Earth-based lab experiments simulating Titan’s environment based on Cassini data. While limiting their discoveries, it does not prevent them. Several abstracts described efforts by scientists to use the last approach to better understand Titan’s alien atmosphere. Some of this work was in preparation for designing the American Dragonfly mission to Titan, targeted for a 2026 launch with an arrival in 2034.

Another abstract [pdf] used radar data of Earth craters to measure how good the radar that peered through Titan’s hazy atmosphere was in spotting craters. They found that radar saw only about 45% of Earth’s craters, meaning that on Titan Cassini’s radar probably missed as many.

Finally, a bunch of miscellaneous abstracts looked at a number of different objects:

Tomorrow I will continue this virtual reporting from this non-existent conference, reporting on the abstracts that would have been presented that day.