Time for our monthly sunspot update. On June 1st NOAA updated its monthly graph showing the Sun’s sunspot activity through the end of May 2021. Below is that updated graph, annotated as always to show the previous solar cycle predictions.

As has happened now for almost every month since the Sun’s sunspot cycle began to increase following the long and deep minimum in 2019, the activity in June exceeded the numbers predicted by the computer models of NOAA’s panel of solar scientists. While the activity dipped slightly from April, it still was more active than predicted. 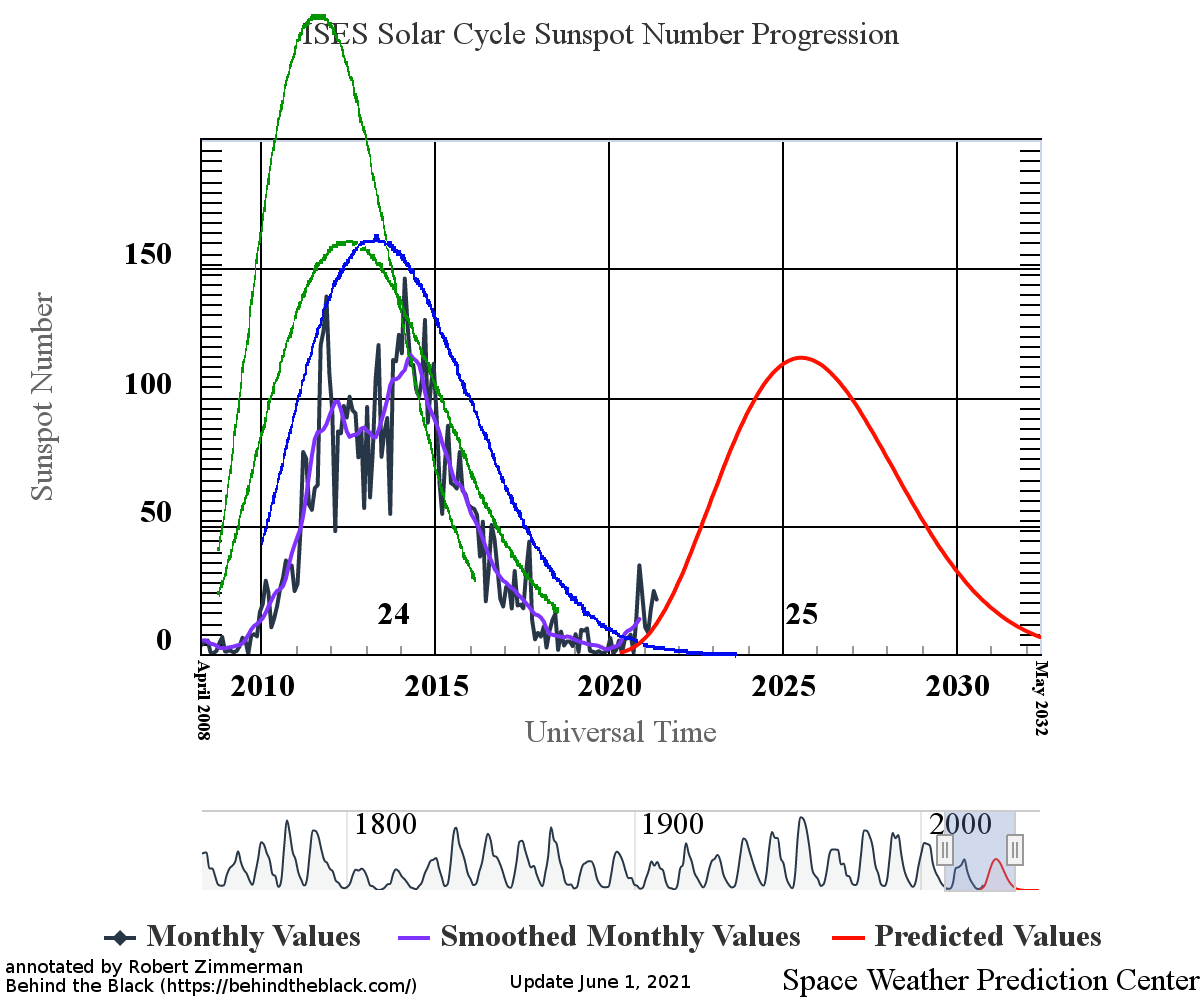 Though sunspot activity has been higher than the NOAA prediction, it is still somewhat low compared to many earlier solar maximums. If these numbers hold, we are not heading to a strong maximum, but one that is simply a bit more powerful that predicted. It also might end up shorter than predicted, though it is impossible to know that at this time.

And if that happens, it would mean that the Sun has repeated what it did around 1800 as well as 1900, undergoing two consecutive weak maximums before returning to the higher numbers seen during most other solar maximums.

Why the Sun does this remains unknown.

During those earlier weak maximums as well as the long Maunder Minimum lasting most of the 1600s, the Earth’s climate cooled. In the weak maximum of 2009 and 2019 the same thing occurred, the warming of the global climate seen from the 1940s to the 1990s coming to an end.

We do not know why this happens, or even if it linked to the Sun’s sunspot activity at all. What we do know is that the Sun’s solar cycle varies, and that variation appears to have an influence on the global climate on Earth.