The uncertainty of science: On May 1st NOAA updated its monthly graph to show the Sun’s sunspot activity through the end of April 2021. As I do every month, I have annotated it to show the previous solar cycle predictions and posted it below.

In my sunspot update last month I reviewed in detail the range of predictions by solar scientist for the upcoming solar maximum, noting that based on the higher than expected sunspot activity that has been occurring since the ramp up to solar maximum began in 2020, it appeared that all of their predictions might be wrong. The continuing high activity that occurred in April continued that trend. 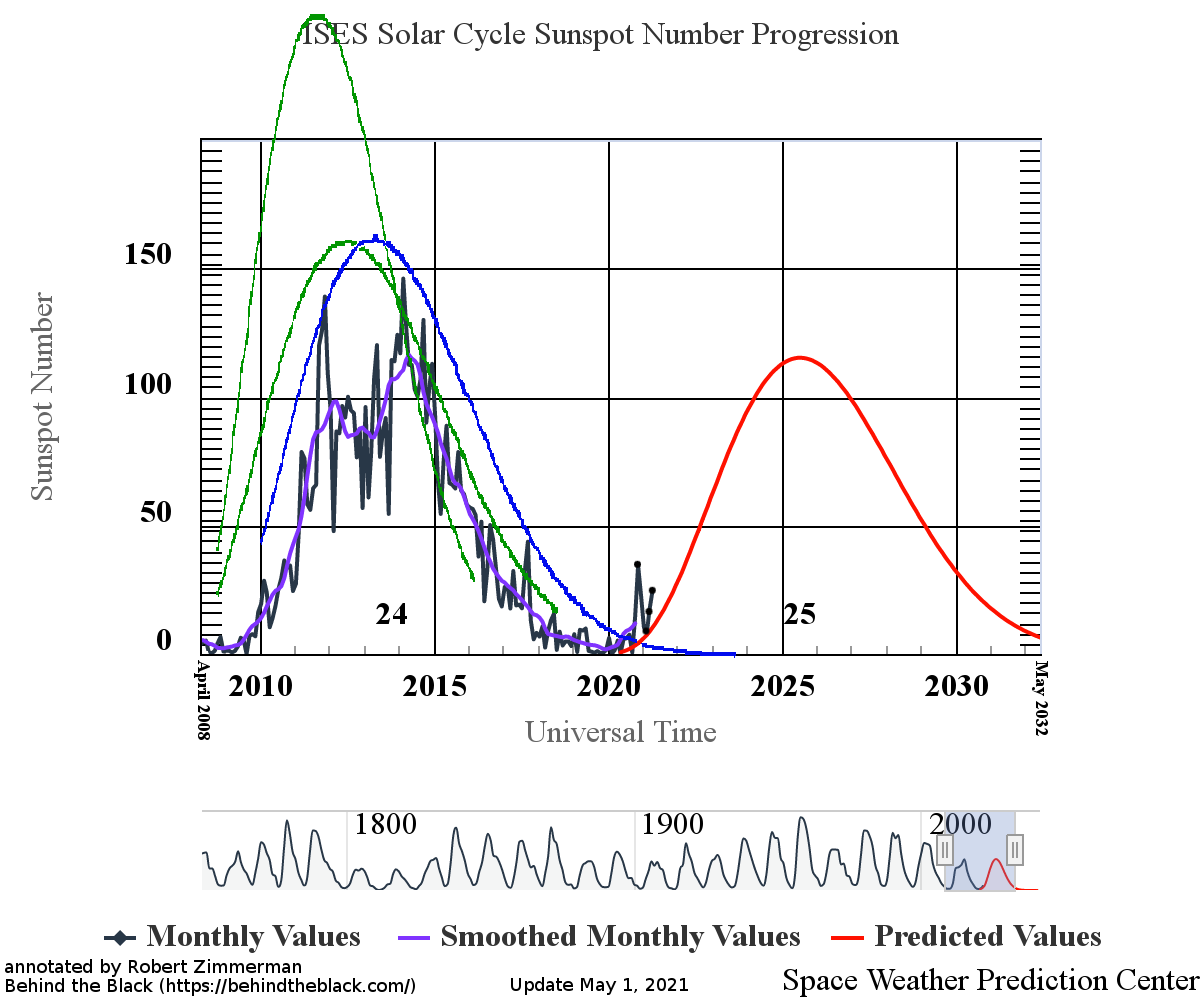 As the dots on the black line show, since the low point in February, just above the red prediction curve, the number of sunspots in April continued upward at the same pace as in March. Since the beginning of 2020 the Sun’s sunspot activity has consistently exceeded the prediction.

Does that mean we are heading for a very active solar maximum? No, not at these numbers. While the activity does exceed the prediction, it does not do so by much. If you extrapolate these numbers through 2025 (something I admit is a dangerous thing to do), it suggests the next solar maximum will be slightly more active than predicted, and only marginally more powerful than the previous very weak maximum in 2014. Such a maximum would still be very weak, and in fact would be a positive confirmation of the red curve prediction.

Why such a pattern happens however remains unknown. Though we know that the sunspot cycle is caused by fluctuations in the Sun’s dynamo, no one really understands that dynamo or the processes that cause it to fluctuate.

Furthermore, my extrapolation above must be taken with a gigantic grain of salt. There is no guarantee activity will continue at this pace. It is just as likely that the Sun’s activity will ease in the coming year and begin to match the prediction. Or go up to further exceed it. Because we really don’t know why the activity fluctuates, we can’t make any meaningful predictions about what it will do next.