Though I am a bit late this month, it is once again time provide my monthly update of the Sun’s on-going sunspot cycle. Below is NOAA’s February 1, 2021 monthly graph, showing the Sun’s monthly sunspot activity. I have, as I do each month, annotated it to show the previous solar cycle predictions.

After two months of relatively high activity, activity that was very high so early in the ramp up to solar maximum, the number of sunspots in January dropped down to closely match the predicted value. It was still higher, but not by much. 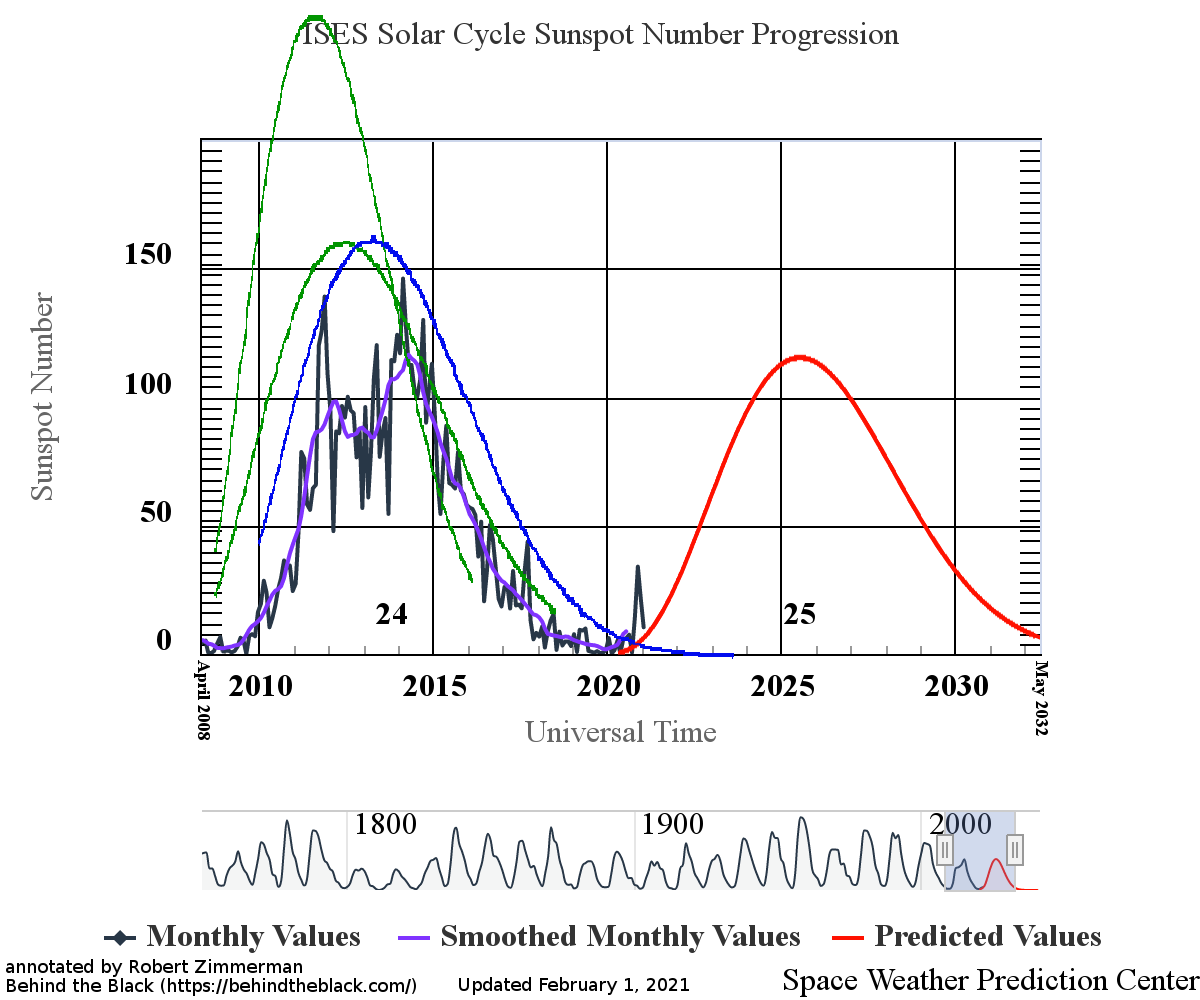 That activity remains above the prediction suggests that this prediction might be too low. I must emphasize however that it is too soon to tell. What we do know is that there is no consensus among solar scientists as to what will happen next. The solar scientists from NOAA, as indicated by the red curve above, expect a relatively weak solar maximum, comparable to the weak maximum seen in 2009. Others believe that the upcoming solar maximum will be very strong, as much as two times stronger than NOAA’s prediction. Others had predicted no solar maximum at all, a prediction which now appears to have been wrong.

I’ve said this many times before but it bears repeating. These predictions are not based on any real understanding of the underlying magnetic dynamo processes in the Sun that produce sunspots. They merely predict based on different patterns seen from past cycles.

We know the Sun’s magnetic field and dynamo produce the cycles. We really do not know why.