Today’s blacklisted Americans: Anyone under 50 in Vermont who is not a minority
April 7, 2021 12:20 pm Robert Zimmerman 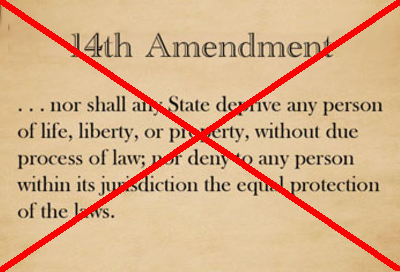 We don’t need no stinkin’ 14th amendment in Vermont!

You want to get a COVID-19 vaccine shot in Vermont? Well, if you are not part of the new BIPOC community (Black, Indigenous, People Of Color) you have to go to the back of the bus.

This according to a decision by Vermont’s state government on April 3rd:

Governor Phill Scott, a Republican who voted for Joe Biden, explains. “If you or anyone in your household identifies as Black, Indigenous, or a person of color (BIPOC), including anyone with Abenaki or other First Nations heritage, all household members who are 16 years or older can sign up to get a vaccine!

Before this announcement the rules had limited vaccinations to all those over 50. The new rules opened up shots to everyone but whites over 16 years or older.

As the article at the link notes, this policy violates the 14th amendment to the Constitution, which expressly forbids states from denying “any person within its jurisdiction the equal protection of its laws.”

Vermont officials argued that they were favoring minorities because statistics suggest they are subject to “higher rates of infection, disease, and death, as well as lower rates of vaccination.” Maybe so, just because you think it is a good idea does not give you the right to break the supreme law of the land. One could use such arguments in all number of ways to institute bigoted policies. And morally it is simply wrong for a government to favor people based on their race, color, or creed. No matter the good intentions, that road can only lead to hell.

In my series this week on the new bigoted fad of blacklisting whites and favoring minorities, based entirely on their skin color, we now have seen examples of the three of four communities pushing these racist policies (the fourth will be covered tomorrow). First we had Coca-Cola, representing our fascist corporate culture that thinks it knows best and can tell everyone what to do on political matters, from racial matters to health policy to masks.

Then there was Cornell University, representing the fascist and Marxist academic community, which has led the way in re-instituting segregation and discrimination, except this time favoring minorities while oppressing what it defines as white people.

And today we have the third pillar in this triumvirate of hate, the government. If our corporate masters or the intellectual class can’t impose these new rules on us by edict, then the government is now more than prepared to do it by law.

All hail our new leaders! Bow before their mighty wisdom! And if you don’t bow, be prepared to have them bring the hammer down on you, good and hard.

This story also illustrates the absurdity of the left’s identity politics by the new term, BIPOC. It appears this new patchwork of minorities has been created to separate itself from another patchwork of victims, the sexual politics community now popularly dubbed the LBGQT coalition. The latter has been getting all the plums recently in the identity-based political wars, and the former has felt denied its perks and attention. To counter this they have created a new acronym for themselves, and are now pushing it so that they can get some of the plums as well. 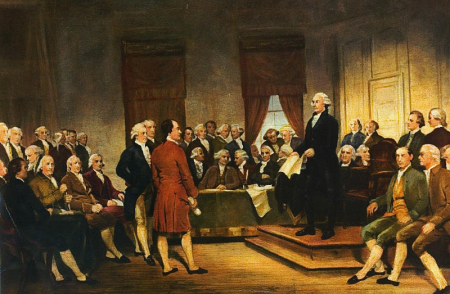 They were white! And men! Burn that document!

I say, why don’t we combine these together, add W (for “white”) and S (for “straight”) and create a coalition of all peoples, the SWBIPOCLBGQT! That way we fight to achieve the right of everyone to pursue life, liberty, and happiness equally.

Sounds like a good idea, doesn’t it? Seems to me however that some wise men conceived this idea about 250 years ago, and the results that came from it were pretty good, for all peoples worldwide. (It took a little longer for the black slaves in America, but the principles put forth by these men in 1776 eventually forced their emancipation as well.)

Too bad our corporate, academic, and government leaders no longer honor that achievement. They might actually learn some wisdom if they did.