Sunspot update: Hints of the next maximum

It’s time for another monthly sunspot update! NOAA yesterday updated its monthly graph for tracking the Sun’s monthly sunspot activity, and as I do every month, I am posting it below with additional anotations by me to show the past and new solar cycle predictions. 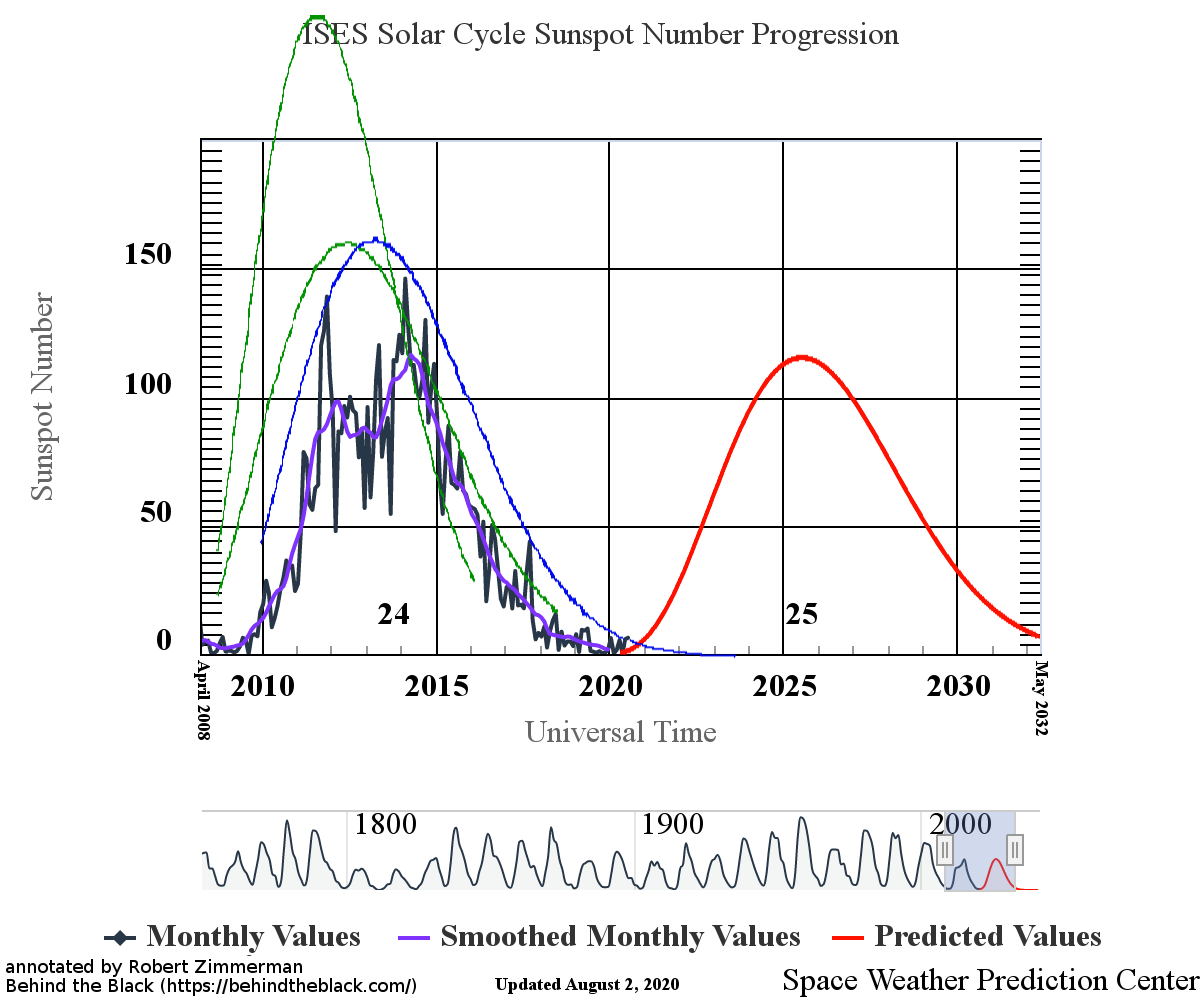 July continued the trend from June, with a slight uptick in activity. The SILSO graph below for July illustrates this. 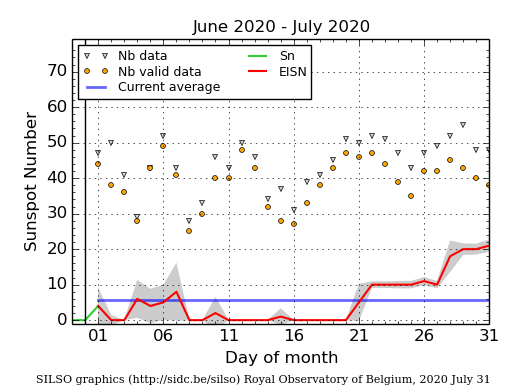 It shows the one weak sunspot at the beginning of the month and the two stronger sunspots late in the month. The first sunspot had a polarity linking it to the previous fading solar cycle, while the last two had polarities assigning them to the new solar cycle. This continues the trend of the past few months, where more and more new sunspots belong to the new cycle as the old cycle fades away.

NOAA’s newly designed interactive graph above, introduced in April, appears in one way very fundamentally different than the old monthly graph that I had been annotating since 2010. In 2010 and for the next decade I needed to add the predictions of the solar science community as the past solar maximum unfolded, since NOAA would remove those predictions month by month as they added the actual data.

Now that we have several months of updates with this new inactive graph, we find that the agency has apparently made the wise decision to leave the red curve for the next prediction in place as the months unfold. I will no longer need to add it.

Of course, we are only two months into the new eleven-year cycle, so drawing conclusions at this point is silly. To find out how good the prediction for the next sunspot maximum really is we will just have to wait and see.