With the start of a new month it is once again time to publish another sunspot update. NOAA yesterday updated its monthly graph for tracking the Sun’s monthly sunspot activity. As I have done now every month since this website started in 2011, it is posted below, with additional annotations by me to show the past solar cycle predictions.

Unlike September, which saw almost no sunspots, October was a very active month, with the amount of sunspots far exceeding prediction. Furthermore, every sunspot during the month had a polarity assigning it to the new solar cycle, not the last. 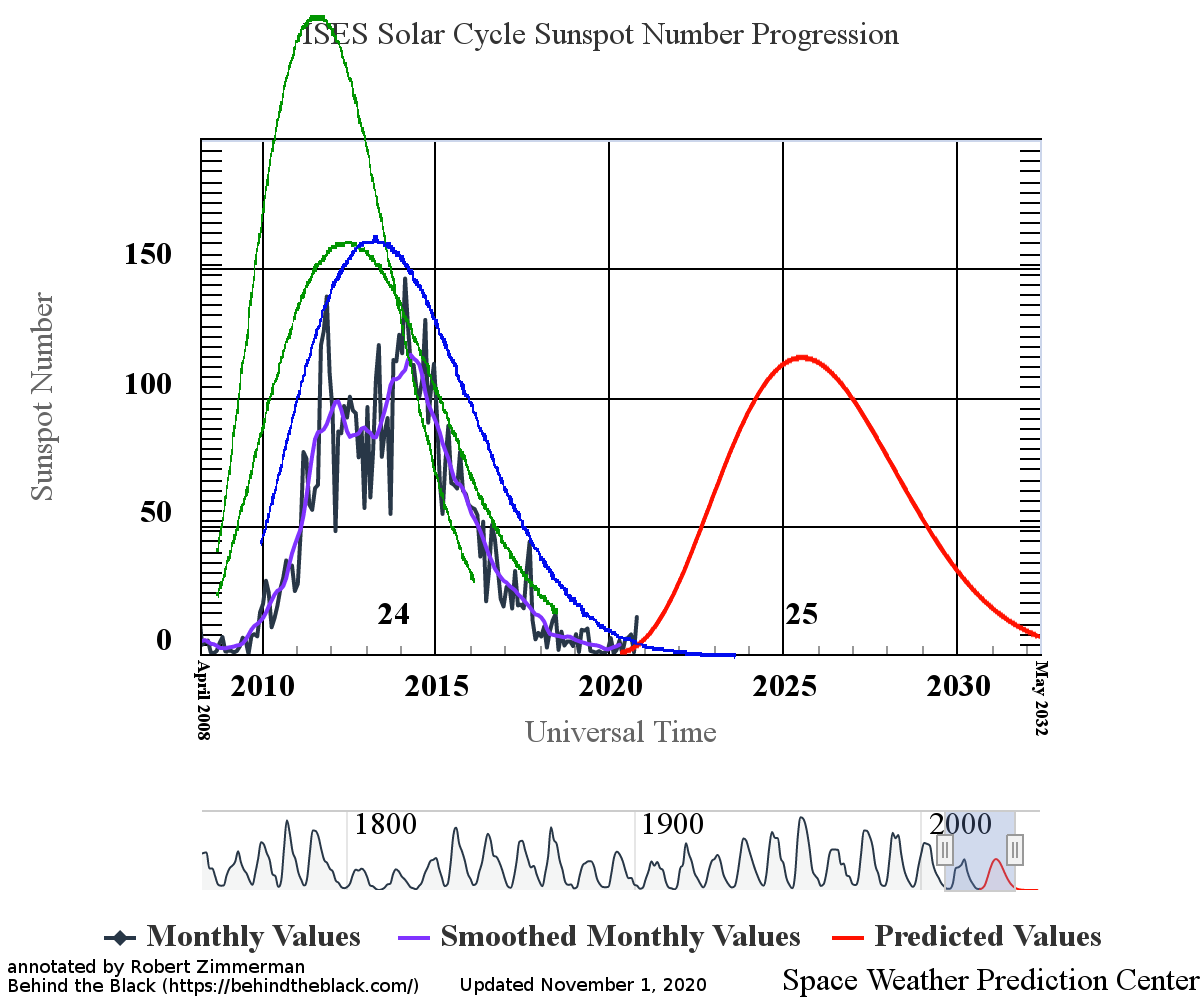 All told, October’s activity clearly signaled the beginning of the ramp up to the next solar maximum. The trend line in 2020, since the long unprecedented period late last year with absolutely no sunspots for months, is distinctly upward. While it is also likely that future months will have less activity than October, the future is now pointing to that coming new maximum.

The central scientific question remains: What will be the strength of that maximum? The prediction by NOAA’s solar scientists calls for a weak maximum , weaker than the previous maximum in 2014 and in fact weaker than any in at least a hundred years. While the activity in October suggests the maximum will be stronger than this, no one should take that conclusion very seriously. A close look at the last maximum on the graph shows numerous fluctuations up and down from month to month. October’s burst of activity is merely a reflection of that kind of normal monthly fluctuation.

What the graph does suggest however is that the upcoming prediction is likely going to be more accurate than the past predictions of the previous maximum. During the past maximum the fluctuations rarely exceeded the prediction curves. In general, even the weak prediction from 2009 overestimated sunspot activity.

Though we are very early in the cycle, the activity in 2020 so far suggests that new prediction will get it right this time. We will not really know however for several years. Stay tuned.