Death camps are certainly coming for the unclean unvaccinated.

They’re coming for you next: Shana Cotone, the Boston policewoman who helped form and heads Boston First Responders United, a group for Boston municipal workers that has sued to block the city’s COVID shot mandate on all workers, has been put on administrative leave by her department and is now under “an internal affairs investigation”.

Cottone said BPD officers came to her house and took her badge and gun Saturday morning. “They’re trying to come after me — to silence me,” Cottone told the Herald. “They’re not going to silence me.” 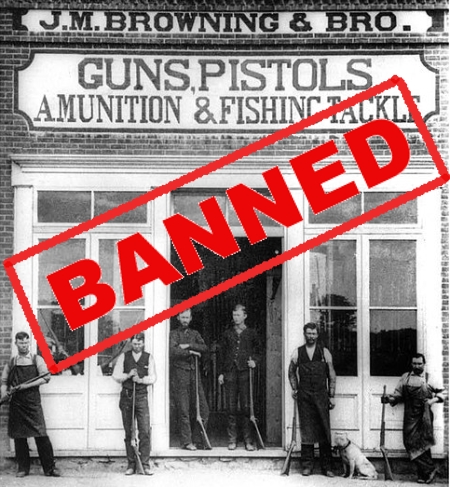 They’re coming for you next: The local government in Brookline, Massachusetts, a suburban community outside of Boston, is attempting to impose new zoning regulations that would essentially ban gun stores.

Under the new zoning proposal submitted by town board members Petra Bignami, Janice Kahn, Alexandra Metral, and Sharon Schoffman, gun stores would only be allowed to operate by special permit. It also states buffer zones will be around residential properties, private and public K-12 schools, and childcare facilities, which would block firearm businesses from operating within a certain distance.

The proposal came after the City of Newton, one town over, approved new zoning rules for gun stores in June that restricted them to three locations. This action was in response to a new gun store attempting to open.

Since this very leftist community is routinely hostile to the second amendment and the right to bear arms, it would astonish me if any special permit would ever be approved. And even if one was, the buffer rules are likely so restrictive that there is probably no location in town where a gun store would be legal.

The illogic of gun control advocates always amazes me. END_OF_DOCUMENT_TOKEN_TO_BE_REPLACED

They’re coming for you next: Boston’s liberal mayor want to require doctors to ask patients if they own guns and then lecture them about gun safety.

This act would require medical professionals to ask patients about guns in the home, and bring up the topics of gun safety. The goal, Boston Police Commissioner William Gross said, is to identify those at risk for domestic violence, suicide or child access to guns in order to guide people to mental health counseling, resources or other help. “We’re just asking them to help identify ways to save lives,” Gross said.

The fact that a patient owns guns would not be put in their medical record, and is not intended to have physicians help solve crimes.

If my doctor asked me this, I would tell him to jump in a lake. It is none of his business. However, this is clearly aimed at raising the social cost of gun ownership by making society more hostile to it. The next step would be to demand this data be recorded, which would then provide the government a list of gun owners that they can target.

Fascists: A Boston doctor has been expelled from the staff of the hospital because he expressed opinions disagreeing with the homosexual lifestyle while noting the negative health effects of that lifestyle.

Recently, Dr. Church was expelled from the staff of BIDMC after he posted  medical concerns about the dangerous practices of homosexual behavior, also two Bible verses, on the hospital’s internal Internet portal. The hospital did not dispute the truth of Dr. Church’s statements, nor claim that he ever discussed these matters with patients. But they stated that his concerns constitute “discrimination,” “harassment,” and “unprofessional conduct” and may not be discussed.

I normally do not object when private organizations or businesses fire someone, even if I believe that firing to be wrong. What strikes me about this expulsion is the political agenda behind it. The doctor was fired because he dared disagree when the hospital became an aggressive advocate for the homosexual lifestyle and political agenda. He didn’t take his disagreement to patients, and in fact continued to treat homosexual patients without bias. All he was doing was expressing his disagreement of the hospital’s advocacy within the private hospital communications network. Be sure and read the timeline of this story, which outlines what happened in great detail, going back to 2011. It even describes the double standard of the hospital, telling him to shut up because he was offending homosexuals but continuing to send him pro-gay email flyers even though he asked to be removed from the emailing list because those flyers offended him.

This story thus illustrates starkly the lengths in which the liberal, leftwing community, not just homosexuals, will go to stifle any opposing opinions. It shows again that the freedom to speak your mind in modern America is very much threatened, because it isn’t a small minority that believes freedom of speech should be squelched, but a very significant percentage, possibly a majority.

Here’s another example, in California. This fascist attitude aimed at shutting down any speech that the left disagrees with is growing and becoming downright dangerous.

Boston – More Than A Feeling

An evening pause: Performed live, Giants Stadium, June 17, 1979. The song is good, of course, but the improvisations are much better.

A Boston hospital kidnaps a man’s daughter and then slaps a gag order on him to try to prevent him from talking about it.
February 17, 2014 4:35 pm Robert Zimmerman

A Boston hospital kidnaps a family’s daughter and then slaps a gag order on them to try to prevent them from talking about it.

The Boston hospital, to which the girl was transferred on the advice of her original doctors in Connecticut, disagreed with the treatment and then forced their decisions on the family to the point of denying them access to their daughter. The father is now going public because he fears if she doesn’t get the right treatment “she is going to die.”

Though the story makes no mention of it, we must remember that Massachusetts is the land of Romneycare, where the government has stepped in to run the medical world. Somehow, I strongly suspect that fact plays a part in this story, if only as a cultural factor.

Landlady rejects renting an apartment to a man because he was a veteran who served in Iraq, Afghanistan, and Guantanamo Bay.
June 4, 2012 9:30 am Robert Zimmerman

The soft bigotry of the left: Landlady rejects renting an apartment to a man because he was a veteran who served in Iraq, Afghanistan, and Guantanamo Bay.

Not only is this intolerant and close-minded, it is also illegal.